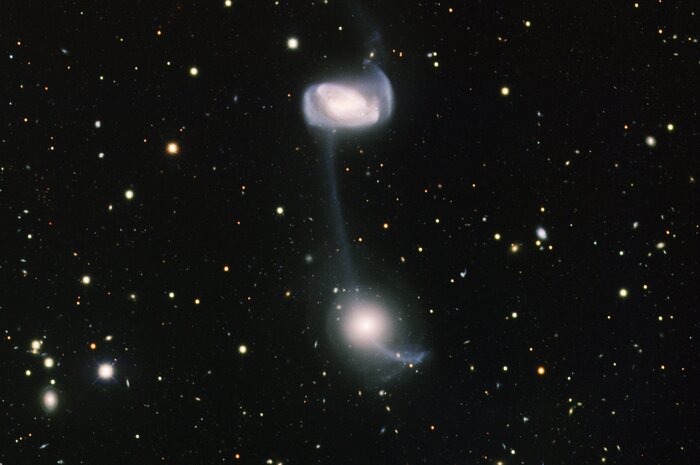 This image was obtained with the wide-field view of the Mosaic camera on the Mayall 4-meter telescope at Kitt Peak National Observatory. Arp 104, also known as Keenan’s System, consists of the two spiral galaxies NGC 5216 (bottom) and NGC 5218 (top). The two are connected by a thin stream of gas, in which new stars are forming. The stream was created when the two galaxies passed by each other, their mutual gravity pulling the gas out. The newly formed hot, massive stars turn the stream blue. The stream is about 150,000 light years in length. The image was generated with observations in B (blue), V (green) and I (red) filters. In this image, North is up, East is left.