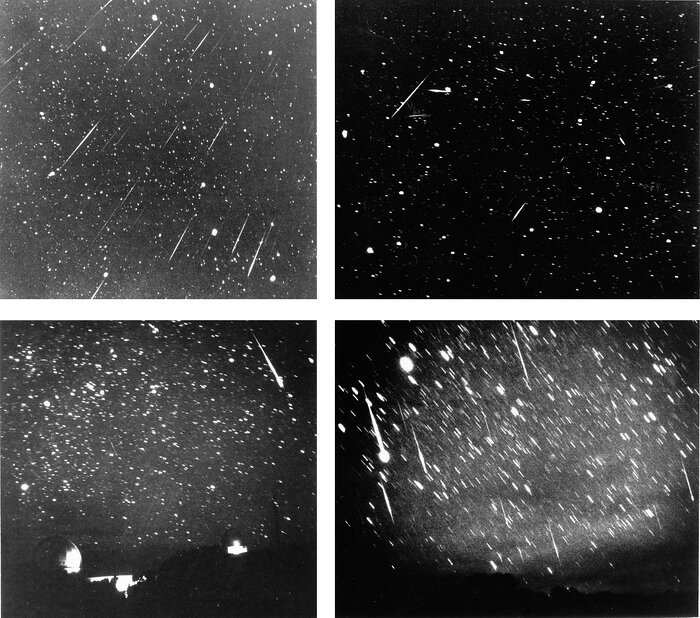 Four views of the Leonid meteor shower of 1966, a peak year for this active yearly shower. The next Leonid peak is in the years 1998 to 2000. The Leonids make their appearance, and take their name, from a point in the constellation Leo. These pictures were taken on November 18th, 1966, from the Kitt Peak National Observatory near Tucson, Arizona. (The digital images were replaced in January 2001 by better scans from the original film.)