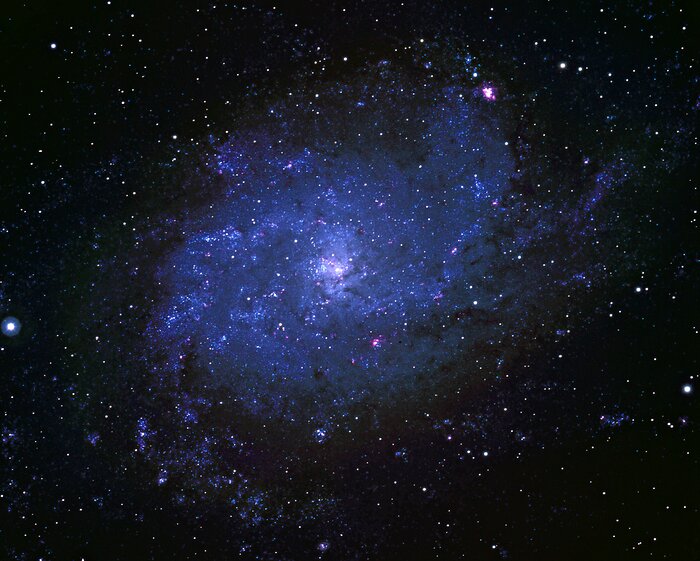 The Nearby Spiral Galaxy M33 This true color picture was taken using Ektachrome film at the prime focus of the Kitt Peak 4m telescope on October 3rd 1973. This is unusual: normally color images are made by combining black and white images taken through different colored filters. Due to reciprocity failure during the quite long exposure needed, the image is slightly bluer than it should be. The spiral structure of the galaxy is clearly seen, as is the giant HII region designated NGC604 (the reddish spot in the upper left). The third largest galaxy in our own Local Group (after the Andromeda Nebula, M31, and our own Galaxy), M33 (NGC598) is over thirty thousand light-years across, and more than two million light-years away, appearing on the sky in the constellation Triangulum. Photograph by Bill Schoening.