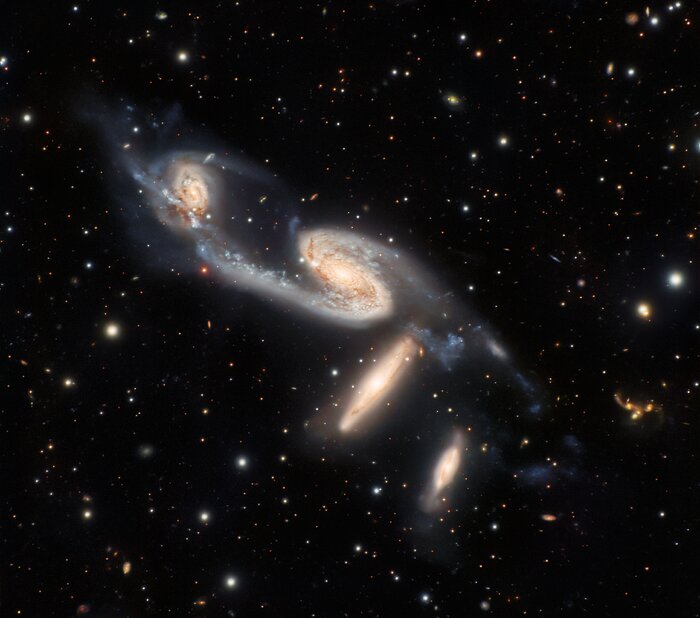 A quartet of interacting galaxies is captured in this observation from Gemini South, which is one of the twin telescopes of the International Gemini Observatory, operated by NSF’s NOIRLab. The four galaxies in this image are collectively known as NGC 6845, and lie roughly 270 million light-years from Earth in a constellation named, appropriately, Telescopium. This constellation is one of a handful named after scientific instruments rather than animals or mythological figures.