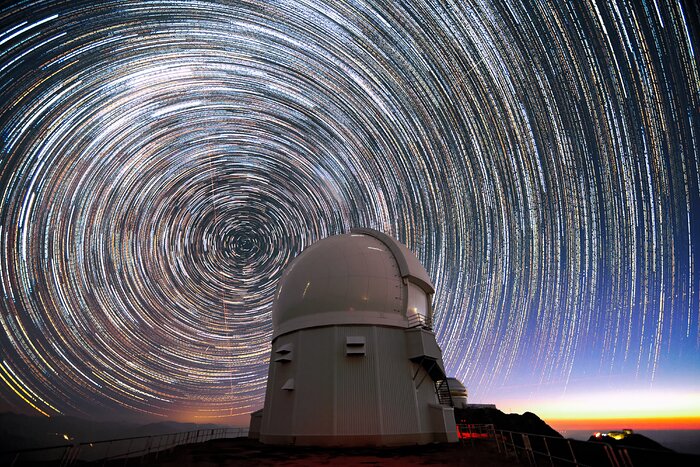 This long-exposure image, taken shortly before sunrise, shows stars appearing to “trail” around the south celestial pole (at the center of the circles) above the Southern Astrophysical Research Telescope (SOAR Telescope). The SOAR Telescope is part of Cerro Tololo Inter-American Observatory, a Program of NSF’s NOIRLab. These trails are caused by the rotation of Earth, which makes stars appear to streak over a long exposure. A few airplanes, shooting stars and satellite trails are also faintly visible. To produce clear, sharp images of stars, planets, and galaxies without the trails seen in this image, astronomical research telescopes like SOAR use sophisticated tracking and guiding systems to precisely follow their targets for hours at a time. Combined with their adaptive optics systems, modern telescopes are able to generate clear images of all types of celestial objects.