A Guiding Star for Gemini South 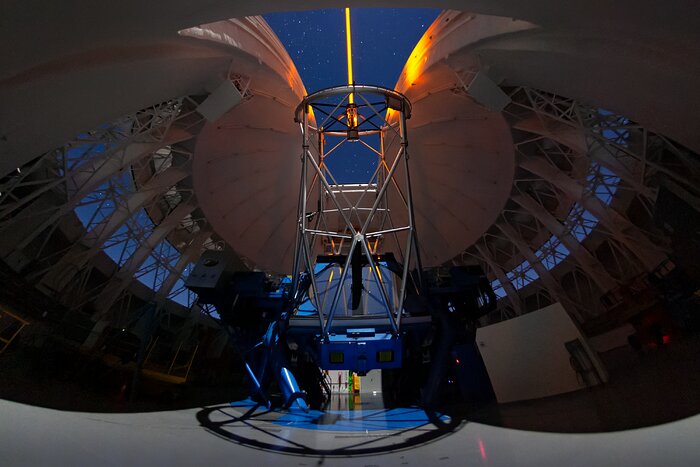 This Image of the Week captures the use of the laser guide star (LGS) on Gemini South, the southern twin of the international Gemini Observatory, a Program of NSF’s NOIRLab, during a night of observations on Cerro Pachón in the Chilean Andes. The LGS creates a constellation of five artificial stars, by causing sodium atoms 90 kilometers up in the atmosphere to glow. By tracking the atmosphere’s effect on these “stars”, the adaptive optics system within Gemini South can correct for distortions caused by turbulence in the atmosphere. These adjustments improve observations so much that a squiggle of light can become a distinct star, galaxy or other astronomical object. While it may seem that this laser must be shockingly powerful, it actually uses only 10–15 watts of energy, about the same as a bedside lamp. A similar LGS system is in use at Gemini North, which you can see in action in this earlier Image of the Week.