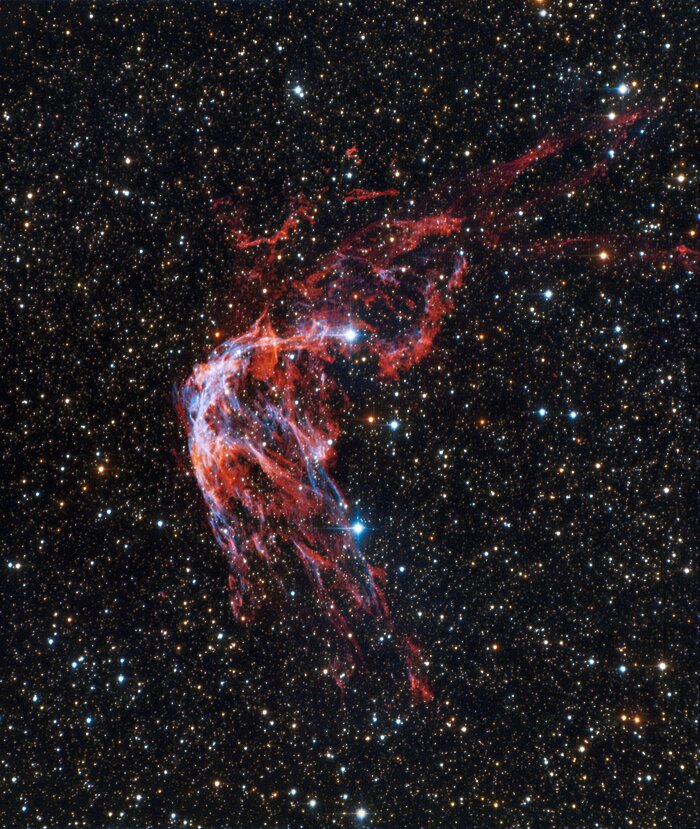 The SMARTS 0.9-meter Telescope at Cerro-Tololo International Observatory (CTIO), a Program of NSF’s NOIRLab, has captured an echo of the past in this gorgeous Image of the Week. RCW 86 is a literal shell of its former self, the gaseous remnant of a supernova. Some 11,000 years ago a white dwarf, itself the core of a former star, became too massive and spectacularly exploded in a Type Ia supernova. Shockwaves reverberated through space, pushing the gas outward, whereupon it formed the multi-layered “bubble” we see today. Besides being a spectacular stellar object, the remnant may have been created by the earliest recorded supernova, observed by Chinese astronomers in 185 AD in the same area between the constellations Circinus and Centaurus.