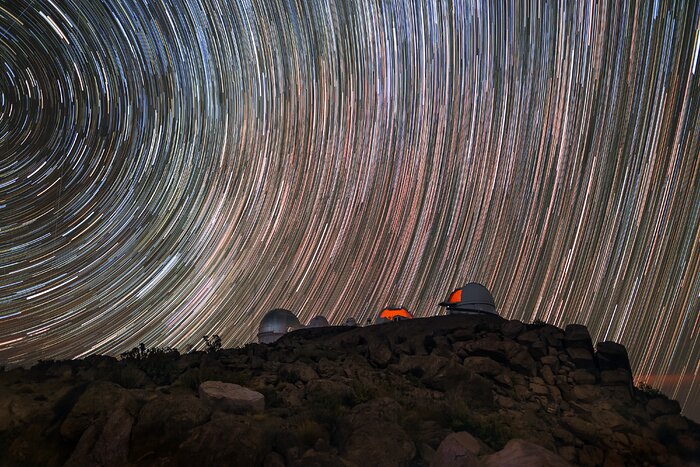 The sky over Cerro Tololo Inter-American Observatory (CTIO), a Program of NSF’s NOIRLab, is here densely packed with a brilliant array of curving lines, looking a little like a well-lit wheel that has been sent spinning. In fact, this light streak effect is indeed due to something spinning — Earth! The photographer has used a very long exposure to capture this image, so not only is CTIO visible in sharp detail, but the rotation of Earth on its own axis can be “seen” in the movement of the stars. The center of the circular effect, where the star streaks seem to be rippling out from a point in the upper left of the image, indicates the Earth’s southern geographic pole, i.e., the southern end of the Earth’s axis of rotation.