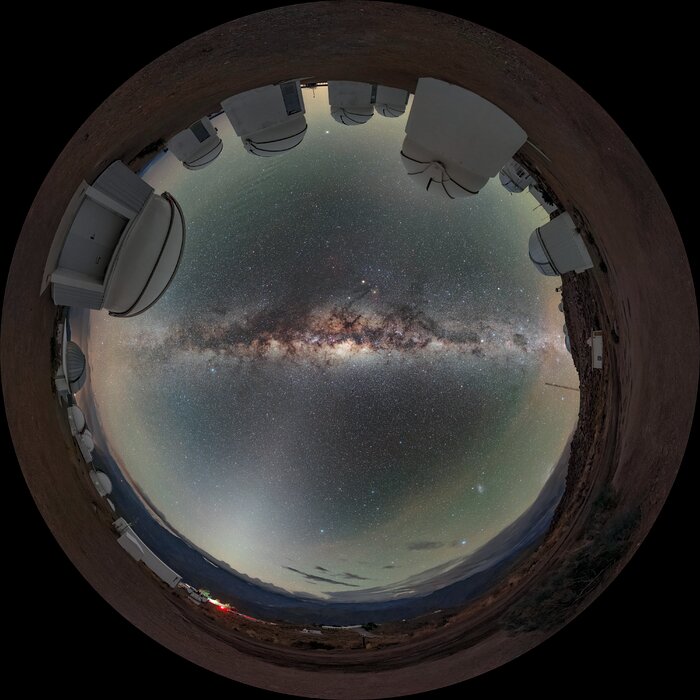 This Image of the Week features Cerro Tololo Inter-American Observatory (CTIO), a Program of NSF’s NOIRLab, although not in an orientation that you might easily recognize. Several of the telescopes at CTIO are wrapped around the edge of the image, while the Milky Way shines with spectacular clarity through the center of the image, looking like a reflection in a pool of water. In fact, this image’s seemingly gravity-bending distortion is due to a specialized camera lens used by the photographer, known as a fisheye lens. These lenses provide an extreme wide-angle view. With one, the photographer can capture an ultra-wide panoramic image that appears to wrap around a central point, as seen here.