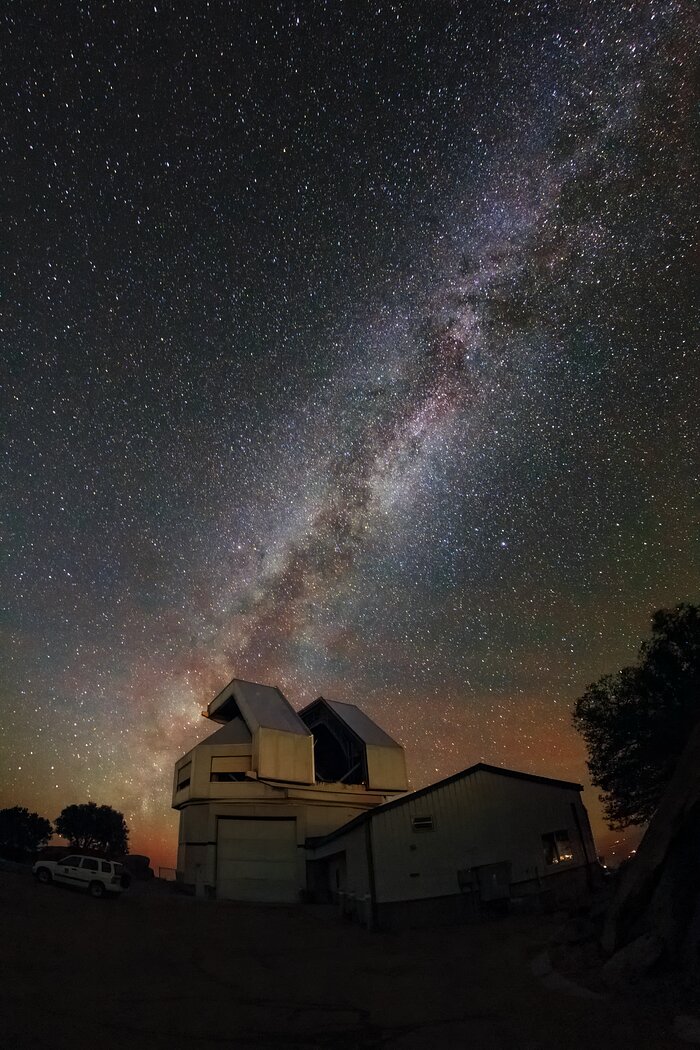 From the ground of the Kitt Peak National Observatory (KPNO), a Program of NSF’s NOIRLab, the Wisconsin-Indiana-Yale-NOIRLab (WIYN) 3.5-meter Telescope seemingly eyes the Milky Way as it spills from the horizon. A reddish airglow, a natural phenomenon, colors the horizon as well. KPNO is located in the Arizona-Sonoran Desert on the Tohono O'odham Nation and this clear view of part of the Milky Way’s galactic plane shows the favorable conditions in this environment that are needed to view faint celestial objects. These conditions, that include low levels of light pollution, a sky darker than a magnitude of 20, and dry atmospheric conditions, have allowed researchers in the WIYN Consortium to pursue observations of galaxies, nebulas, and exoplanets as well as many other astronomical targets using the WIYN 3.5-meter Telescope and its sibling telescope the WIYN 0.9-meter Telescope.