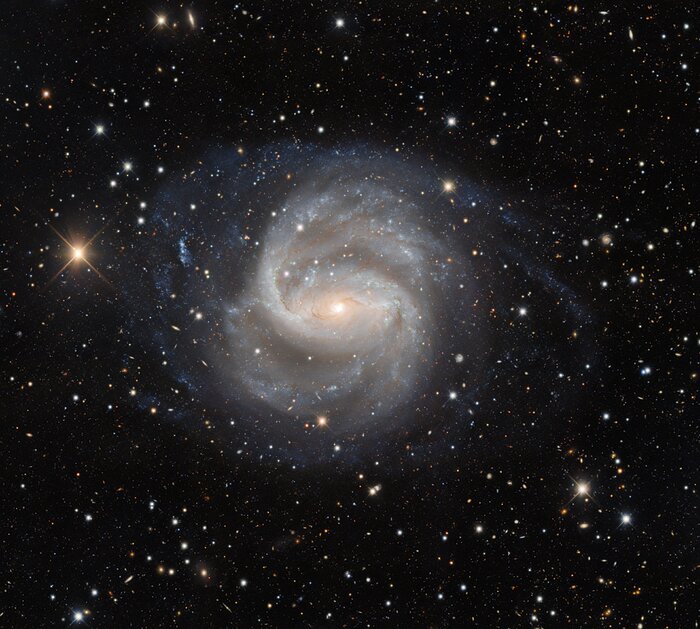 The arms of the barred spiral galaxy NGC 1672 sweep across this Image of the Week, captured by the Víctor M. Blanco 4-meter Telescope at Cerro Tololo Inter-American Observatory (CTIO), a Program of NSF’s NOIRLab. NGC 1672 is something of a celestial mystery, as it is difficult to define its galactic activity. The nucleus is surrounded by a ring of hot gas filled with individual point sources of X-ray light, in other words bright, newly formed stars. However, the luminous nucleus of NGC 1672 itself shines brightly in various types of light from X-ray to infrared. Known as a Seyfert Type 2 nucleus, it’s an example of a specific type of active galactic nucleus (AGN) and likely a supermassive black hole. Fragile young stars and a destructive AGN shouldn’t necessarily be so close together, and their proximity in this galaxy creates a conundrum. Galaxies like NGC 1672 can open up new pathways to understanding the activities and behaviors of galaxies, and in turn be pieced together to discern the long-term evolution of galaxies.