A Whirlpool of Stars 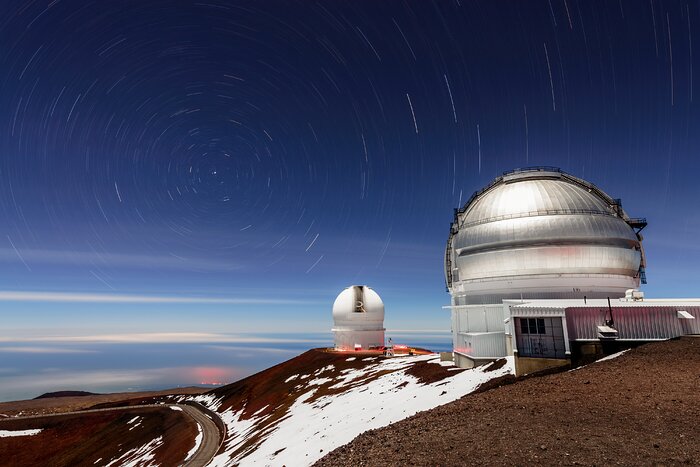 Gemini North, one of the pair of telescopes that make up the international Gemini Observatory, a Program of NSF’s NOIRLab, stands in the foreground of this image with the Canada-France-Hawaii Telescope in the background. The domes appear poised to leap into the swirling blue of the sky. The whirlpool of stellar streaks is an illusion, however, known to astrophotographers as star trails.

Just as the Sun progresses across the sky during the daytime, the Moon and stars progress across the sky at night. In both cases the reason is the same — the rotation of the Earth on its own axis. By observing the sky for an extended period of time, the paths of the stars are revealed. Here, the stars circle a single point in the sky, because the photographer angled his camera towards the north celestial pole.