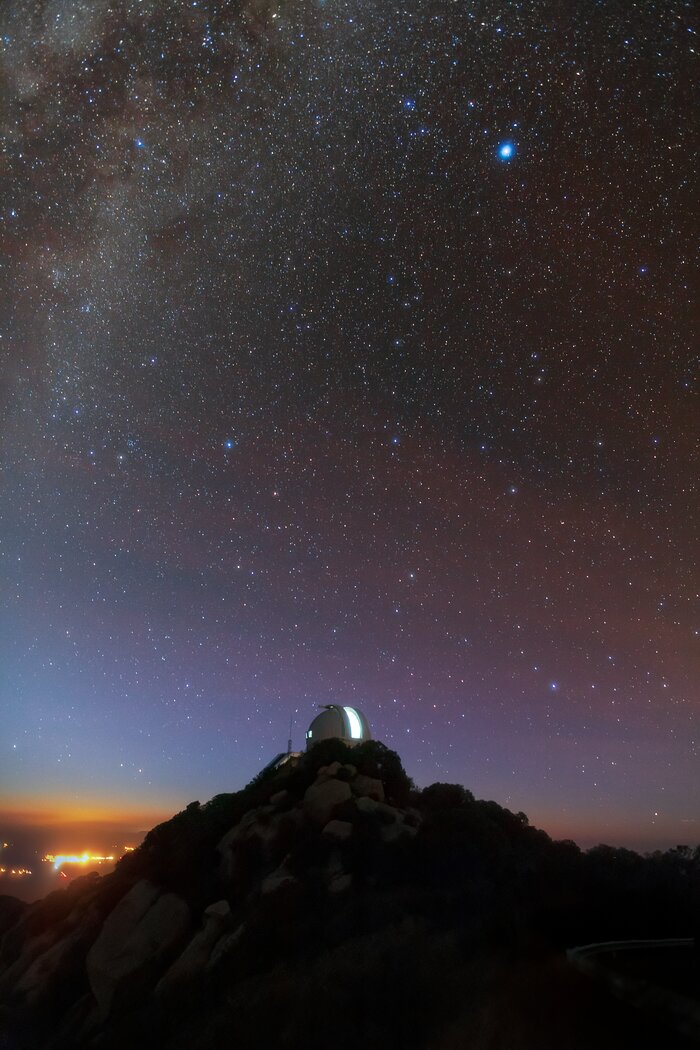 The night sky overflows with light and color in this long-exposure image from Kitt Peak National Observatory, a Program of NSF’s NOIRLab. The starry band of the Milky Way spans the upper left of the image, and the subtle reddish colors of airglow tint the sky in scarlet. The long exposure time allows the camera to collect sufficient light that the stars are picked out in sharp detail. However, that long exposure time also means that the lights from both the interior of the WIYN 0.9-meter Telescope’s dome and the distant city of Tucson in the far left appear to be very bright. In reality, artificial lights around the telescopes are tightly controlled, and the observatory is intentionally located far enough from human dwellings that there is limited light pollution.

As well as producing a vibrant skyscape, this long exposure time has also stretched the stars at the top of the image. The stars themselves have not moved — rather the Earth (and the photographer’s camera) have rotated beneath them, causing short star trails to form.