A Lonely Spiral in a Tapestry of Galaxies 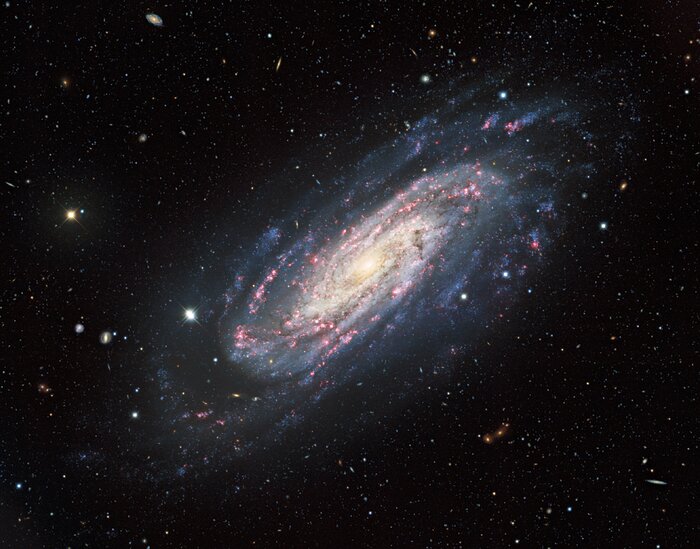 This stunning image features NGC 3198, a galaxy that lies about 47 million light-years away in the constellation Ursa Major. This image was taken with the Mosaic instrument on the 4-meter Nicholas U. Mayall Telescope at Kitt Peak National Observatory, a Program of NSF’s NOIRLab, and shows the full extent of the galaxy, from the bright central bulge to the tenuous outer reaches of the tightly-wound spiral arms. Almost all the objects lurking in the background are galaxies or galaxy clusters — a sea of distant galaxies of all shapes, sizes, and orientations.

Accurately measuring the distance to an astronomical object — everything from our own Sun to galaxies such as NGC 3198 — is an age-old challenge for astronomers, and requires a combination of measurements and methods. The galaxy at the heart of this image has played a part in this astronomical undertaking by allowing astronomers to calibrate astronomical distance measurements based on a type of variable star known as a Cepheid variable.