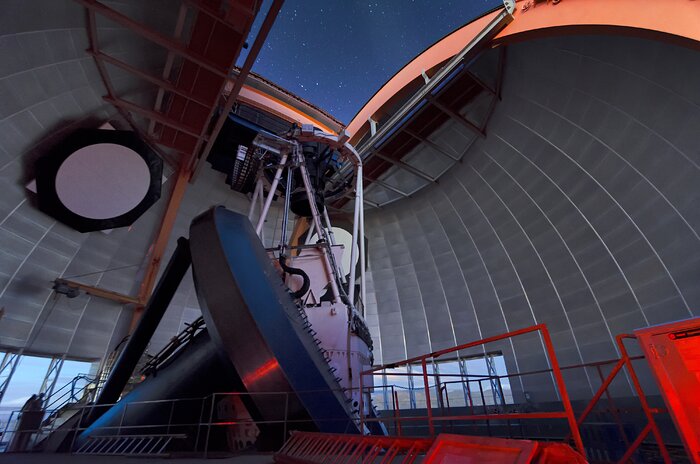 This image shows an immersive view from inside the dome of the Víctor M. Blanco 4-meter Telescope at the Cerro Tololo Inter-American Observatory (CTIO), a Program of NSF’s NOIRLab. The rotating dome is an impressive feat of engineering — designed to protect the delicate telescope from the elements. It weighs in at 430 tonnes (475 tons) and was built to withstand Chilean earthquakes. In addition to the Blanco’s dome, this photograph shows some of the equipment needed to run an astronomical observatory, ranging from calibration targets to good old-fashioned ladders! Glimpses of the mountains surrounding CTIO can be seen through the openings on the side of the dome, and a star-studded sky is visible overhead.