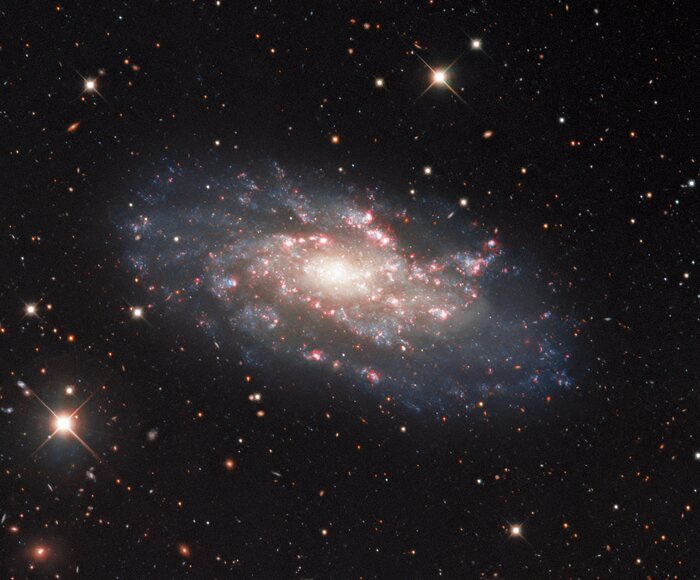 The spiral galaxy NGC 2541 is shown in extravagant detail in this astronomical snapshot from the Nicholas U. Mayall 4-meter Telescope at Kitt Peak National Observatory, a Program of NSF’s NOIRLab. Astronomers recognize a variety of galaxy types, and NGC 2541 is classified as an unbarred spiral galaxy. These galaxies possess spectacular spiral arms like the ones shown here, but lack the central bar-shaped structure displayed by galaxies such as the Milky Way. NGC 2541 lies 37 million light-years from Earth in the constellation of Lynx (The Lynx). Sandwiched between the constellations of Ursa Major, Gemini, and Leo, Lynx is one of 10 new constellations established by the 17th century astronomer Johannes Hevelius. The constellation is composed of very faint stars, leading Hevelius to claim that only the lynx-eyed — people with exceptionally keen eyesight — would be able to spot this unobtrusive constellation.