Trails Near and Far 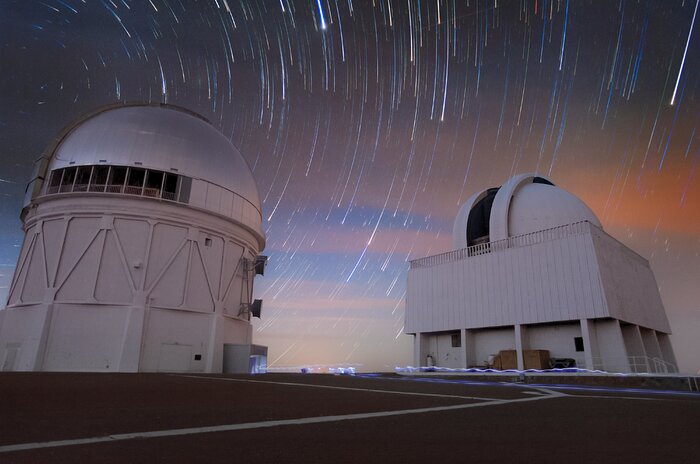 This long-exposure photograph shows the motion of stars during the night above the Blanco 4-meter telescope (left) and the SMARTS 1.5-meter telescope (right) at Cerro Tololo Inter-American Observatory in Chile, a program of the NSF’s National Optical-Infrared Astronomy Research Laboratory. Also visible in the photo are the trails left by astronomers walking to the Blanco telescope, created by their flashlights. Stars streak through the sky over the course of this one-hour exposure, appearing to spin around the south celestial pole in the upper left of the image. The star closest to the south celestial pole is Sigma Octantis, a relatively faint yellow giant star about 275 light-years from Earth. In contrast to the relatively bright north star, Polaris, Sigma Octantis is not bright enough to use for celestial navigation.