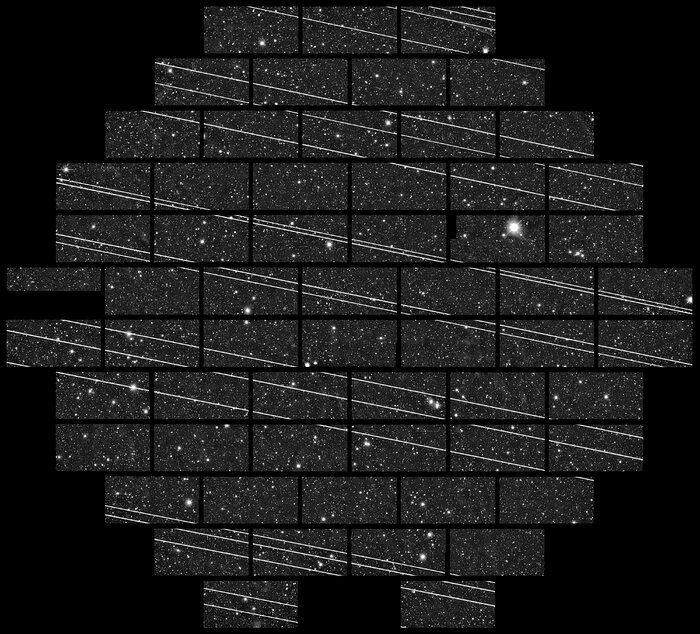 Earlier this week, while observing with DECam on the Víctor M. Blanco 4-meter Telescope at the Cerro Tololo Inter-American Observatory (CTIO), a Program of NSF's NOIRLab, astronomers Clara Martínez-Vázquez and Cliff Johnson noticed something interesting. One of their images, the 333 seconds-exposure seen here, contained at least 19 streaks that they quickly surmised were due to the second batch of Starlink satellites launched last week. The gaps in the satellite tracks are due to the gaps between the DECam CCD chips in the 2.2-degree field.

At the same time, the CTIO all-sky camera recorded the satellites which were even visible with the unaided eye. Several frames from that camera can be seen in this timelapse video from CTIO.