On Tuesday 25 August, astronomers will release the final report from the Satellite Constellations 1 workshop  during a virtual press conference hosted by the National Science Foundation’s NOIRLab and the American Astronomical Society (AAS). The briefing, to be conducted via Zoom, will begin at 2:00 pm US Eastern Daylight Time (18:00 UTC) and last 1 hour. Registration instructions appear below.

When SpaceX began launching clusters of 60 Starlink satellites in May 2019, astronomers reacted with alarm. Not only are the Starlink satellites brighter than anyone expected, but there could be tens of thousands more like them as companies in the rapidly growing commercial space industry strive to provide satellite-based communication services to underserved and remote areas. Constellations of bright satellites in low Earth orbit will fundamentally change ground-based optical and infrared astronomy and could impact the appearance of the night sky for stargazers worldwide.

SATCON1 gathered more than 250 astronomers, satellite operators, dark-sky advocates, and other stakeholders to discuss, understand, and quantify the astronomical impacts of large satellite constellations. The workshop report features two findings, ten recommendations, and four technical summaries and will be released to the public at the start of the briefing.

To register, go to http://bit.ly/satcon1. Upon approval, you will receive an email with instructions on how to connect via Zoom. The deadline to register is 12:00 pm EDT (16:00 UTC) on Tuesday 25 August.

Space at the press conference is limited. If we are not able to accommodate you on Zoom, you may watch the briefing live-streamed on the AAS Press Office YouTube channel, but you will not be able to ask questions.

The American Astronomical Society (AAS), established in 1899, is the major organization of professional astronomers in North America. Its membership (approx. 8,000) also includes physicists, mathematicians, geologists, engineers, and others whose research interests lie within the broad spectrum of subjects now comprising the astronomical sciences. The mission of the American Astronomical Society is to enhance and share humanity’s scientific understanding of the universe, which it achieves through publishing, meeting organization, education and outreach, and training and professional development.

The SATCON1 workshop was supported by the National Science Foundation (NSF). 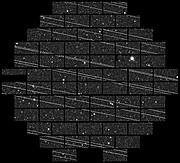