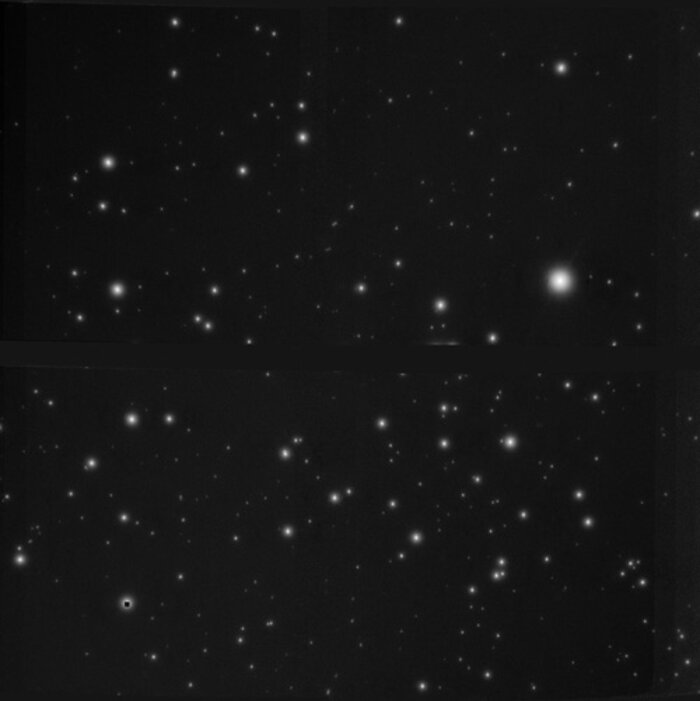 This image of Haffner 16 illustrates that the GeMS AO system can successfully sharpen data even under relatively poor imaging conditions. With the correction, the point sources appeared spread by less than 0.16 arcseconds (full width at half-maximum, in the Ks band). This represents a significant improvement over the natural quality of the sky, which, on the night these data were obtained, was roughly 0.8 arcseconds – a value worse than average at Gemini South on Cerro Pachón.