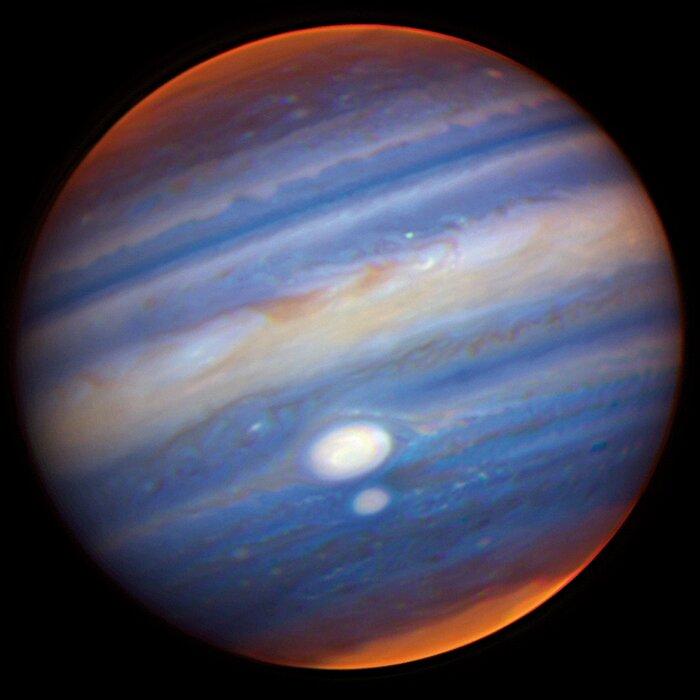 Gemini North adaptive optics image of Jupiter and its two red spots (which appear white because this is a near-infrared image; in visible light they appear reddish). In this color composite image, white indicates cloud features at relatively high altitudes; blue indicates lower cloud structures; and red represents still deeper cloud features. The two red spots appear more white than red, because their tops hover high above the surrounding clouds. Also prominent is the polar stratospheric haze, which makes Jupiter bright near the pole (unlike the other orange/red features in this image, the polar haze is high in Jupiter's atmosphere). Other tiny white spots are regions of high clouds, like towering thunderheads. In visible light Jupiter looks orangish, but in the near-infrared the blue color is due to strong absorption features. The blue mid-level clouds are also closest to what one would see in a visual light image. See Image Release for details and an alternate view of the image using sharpening techniques to enhance the details.