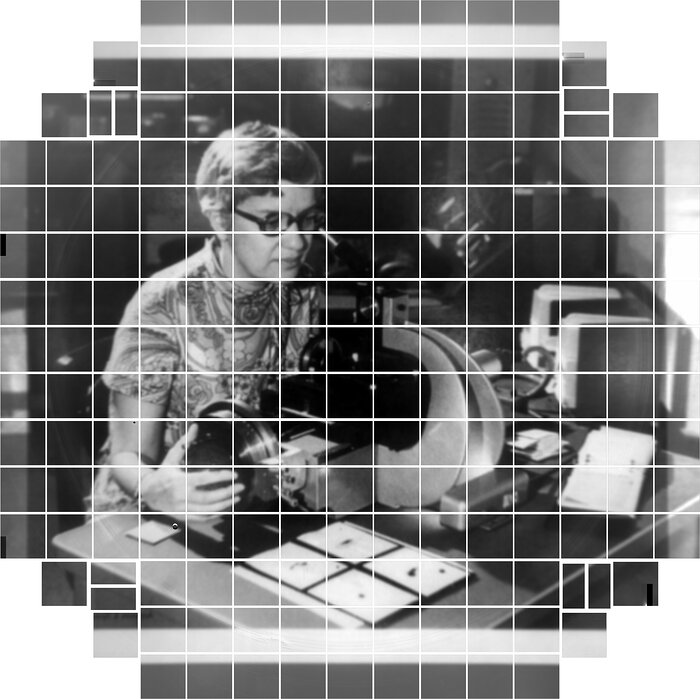 Pinhole camera image of an old photo of Vera Rubin, courtesy of the Carnegie Institution for Science, where Vera Rubin spent her career as a staff scientist. A zoomable version of the whopping 3200-megapixel image is available here.

The images that are produced with the camera are exceptionally clean and free of artifacts. The small inhomogeneities are removed by astronomical software to ensure a pristine view of the Universe.

The main part of the camera focal plane has 189 square 4k x 4k science CCD sensors with a combined 3.5-degrees field of view — large enough to capture a portion of the sky about the size of 40 full Moons. The corner areas have a total of eight square 4x4k CCD sensors for guiding the telescope and in addition eight smaller 2x4k rectangular CCD sensors for camera focusing.