The city of Athens. 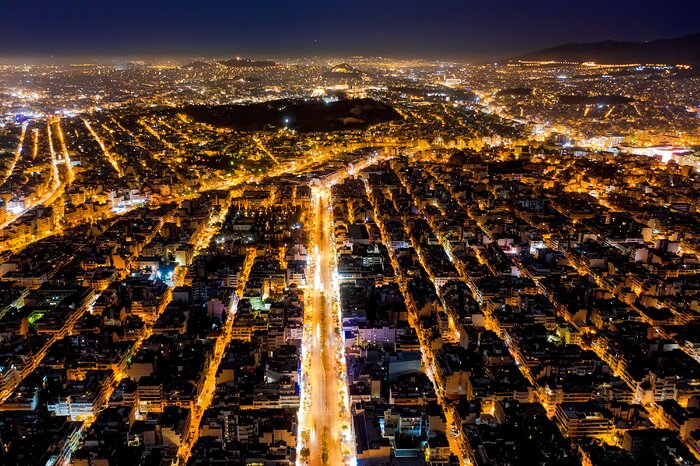 The city of Athens. The orange glow covering much of the city is due to widespread light pollution from poorly shielded municipal lighting, which ends up making its way up into the night sky instead of its intended target of the city streets below.