Amanda Bauer has a lifelong passion for communicating astronomy to the public — when she’s not busy serving as Vera C. Rubin Observatory’s Head of Education and Public Outreach and Deputy Director of Operations.

As Head of Education and Public Outreach (EPO) for Vera C. Rubin Observatory, being able to communicate science is very important to Amanda Bauer. With an interest in astronomy since childhood, she knows how important it is to promote astronomy to the public, and especially to reach those budding young scientists who may not yet know that astronomy is a viable career path.

“I was always pretty fascinated by astronomy as a kid,” says Bauer. “I used to make up my own constellations and then I was mesmerized by two comets, Hyakutake and Hale-Bopp, that were visible in the sky a year apart when I was a teenager.”

Vera C. Rubin Observatory will provide the widest and deepest views of the Universe ever with a single image measuring up to 40 times the size of the Full Moon, thanks to a 27-foot (8.4-meter) mirror — that’s roughly the width of a singles tennis court — and a 3200-megapixel camera!

Feeling that something was missing and that her curiosity for how things worked wasn’t being sated, Bauer switched to physics, and with the help of her mentor at the University of Cincinnati, Professor Margaret Hanson, she was gradually directed towards astronomy as a career.

Her graduate studies at the University of Texas, Austin, saw her spend four months in Germany, before heading to Gemini Observatory in Chile for the rest of the year. While traveling, Bauer began a blog in 2006, called AstroPixie, in which she wrote about traveling and astronomy.

“I wanted to practice writing for a more general audience, because I hate the dry writing of scientific literature,” Bauer explains. It was back in the days when the blogosphere wasn’t as big as it is today, which made it easier for Bauer to find an audience. While working at her first postdoc position at the University of Nottingham in the UK, Bauer found a science communication community online and built a valuable network, leading her to attend her first Dot Astronomy conference in 2009.

Though she had this interest, as a young woman Bauer was not at first aware that astronomy could be a career path. 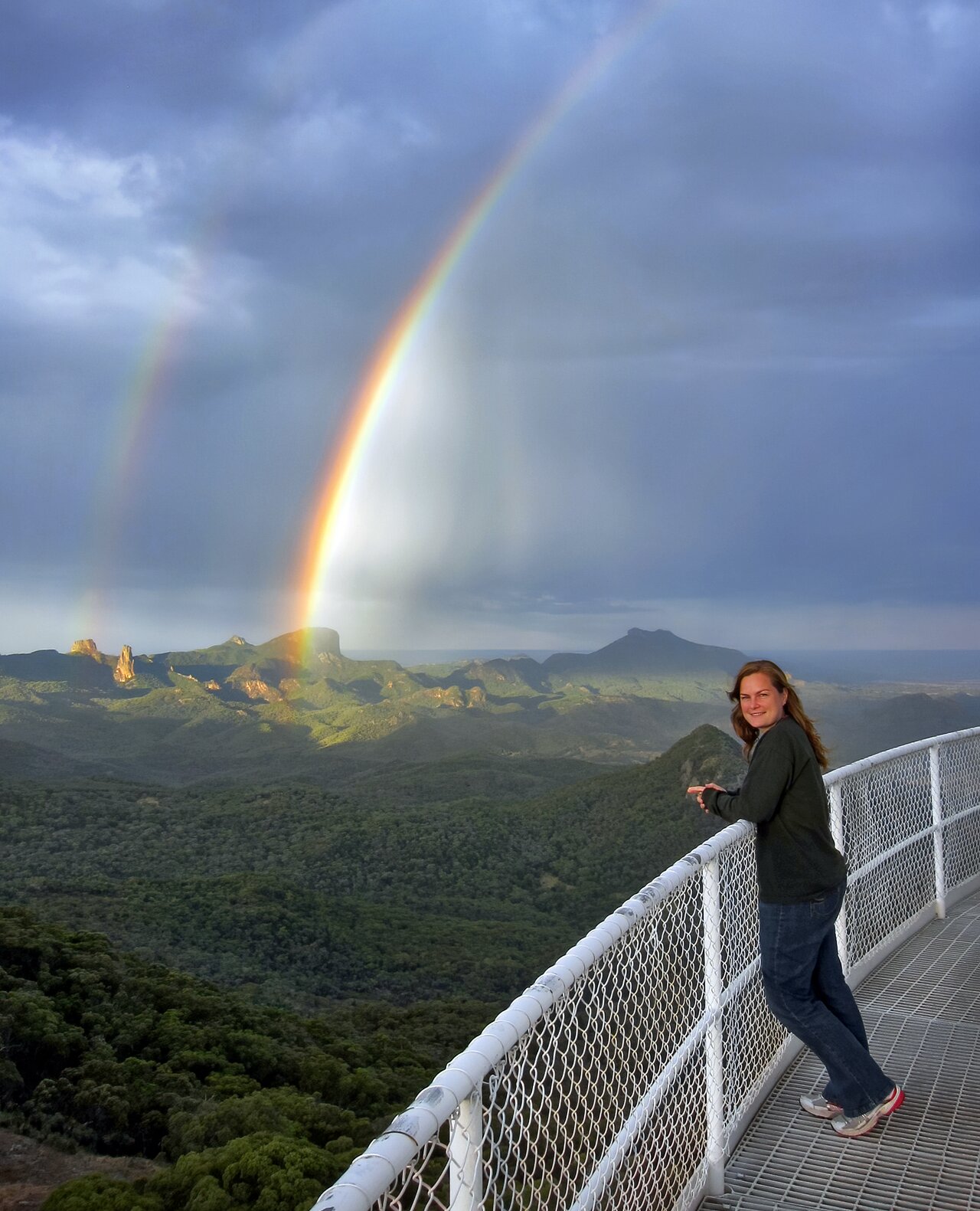 Bauer stands with a rainbow on the catwalk of the 3.9-meter Anglo-Australian Telescope (AAT) at Siding Spring Observatory, Australia.
Credit: Amanda Bauer

“It really helped me develop myself as a science communicator,” she says. “The observatory that I worked at even created a position for me that was half research postdoc and half outreach officer. That moved me towards thinking of science communication and outreach as a strategy for an organization, as opposed to just doing something for myself.”

Bauer was tempted back to the United States from Australia by the development of Vera C. Rubin Observatory, which had an opening for the head of their EPO office.

“I interviewed over video from Australia while on maternity leave and got the job!” she says. “I’m in charge of a $12 million program to build up the education and public outreach infrastructure at the same time as the telescope itself.”

Now the Deputy Director of the Operations leadership group at Vera C. Rubin Observatory as well as the Head of EPO, Bauer still finds time for herself and her young child. “One of the things I feel strongly about is balancing work and home, and something that I’ve learned is to be honest with myself about what I can accomplish,” she says.

Outside of work, Bauer is a keen gardener. “It’s always been a hobby of mine but being trapped in the house during the global pandemic it got a little bit out of control,” she admits. Bauer also sings and plays the ukulele. She laughs: “I grew up playing the piano, but you can’t take a piano to parties!”

I wanted to practice writing for a more general audience, because I hate the dry writing of scientific literature. 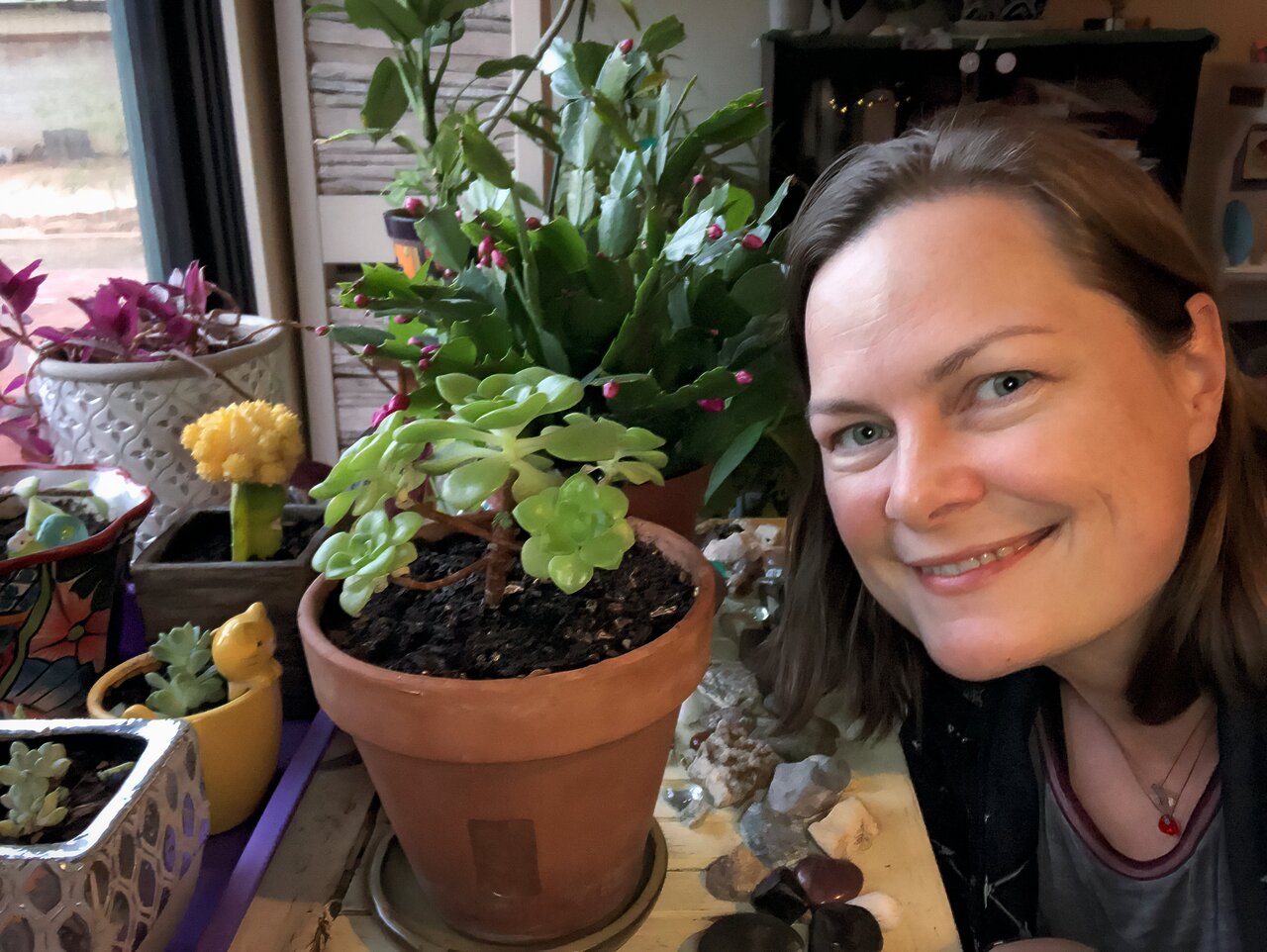 Vera C. Rubin Observatory’s Head of Education and Public Outreach is a keen gardener, a hobby she jokes has “got out of control” throughout the coronavirus pandemic.
Credit: Amanda Bauer

Working at Vera C. Rubin Observatory has in a way brought Bauer full circle. As an undergraduate, she was taken by her mentor, Margaret Hanson, to an AAS meeting. “One of the people she introduced me to was Vera Rubin, and because my mentor made such a big deal about [Rubin’s] work, this moment really stuck with me,” says Bauer. “And now I’m the Deputy Director of Vera C. Rubin Observatory Operations!” 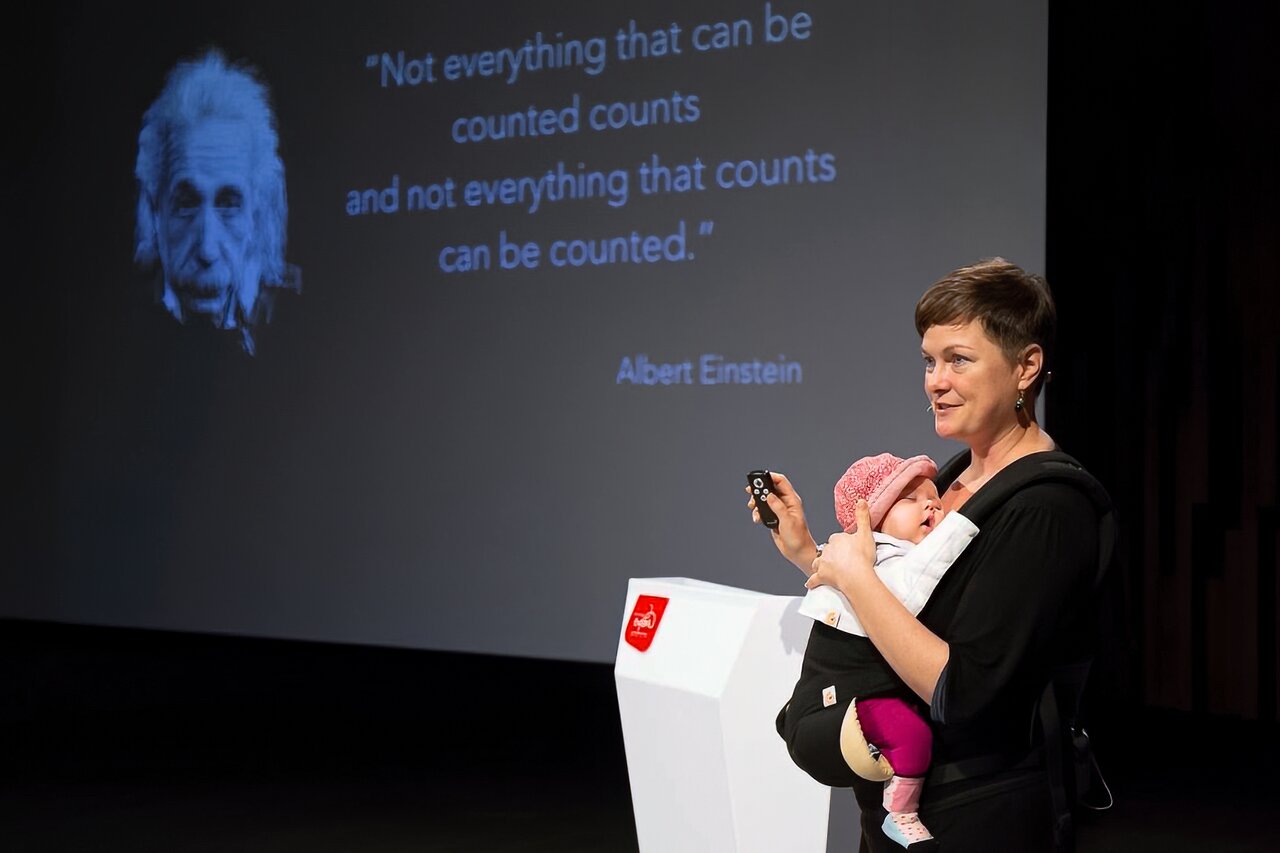 Bauer presents an invited talk at the International Astronomical Union’s Communicating Astronomy with the Public (CAP) conference in 2016, while her daughter, Ida Luna — who at the time was three months old — sleeps.
Credit: Amanda Bauer