The IRAF software has been used by astronomers to produce nearly 25,000 scientific papers

Members of the team that developed the Image Reduction and Analysis Facility (IRAF) software system are this year’s recipients of the Astronomical Data Analysis Software and Systems (ADASS) Prize for an Outstanding Contribution to Astronomical Software. This is the second year this prize has been awarded by the organization.

Developed at the National Optical Astronomy Observatory (NOAO), now NSF’s NOIRLab, IRAF is a general-purpose software system used for decades by numerous ground- and space-based observatories as a standard platform to reduce and analyze scientific data. The award is for the design and development of the core IRAF system and science packages, which have enabled almost 25,000 scientific papers since its first public release in 1986.

The three recipients of the prize are NOIRLab scientist Frank Valdes and former NOAO staff members Doug Tody and Lindsey Davis. The award recognizes the outstanding contribution of IRAF to the astronomical software community and the key role these awardees had in developing the core system. 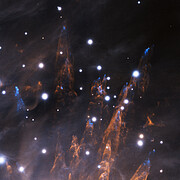 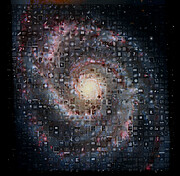