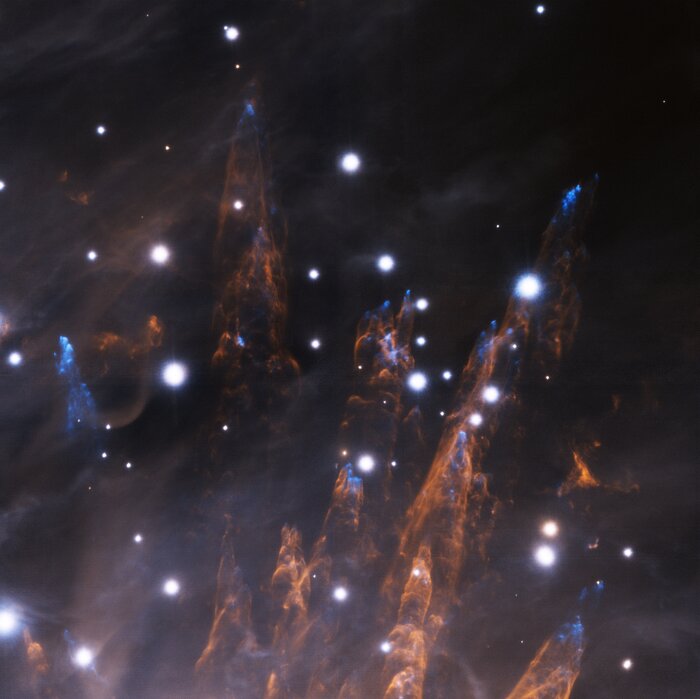 This image is just one of millions of astronomical images processed using IRAF. Obtained during the late commissioning phase of the GeMS adaptive optics system, with the Gemini South AO Imager (GSAOI) on the night of 28 December 2012, it reveals exquisite details in the outskirts of the Orion Nebula. In this image, the blue spots are clouds of gaseous iron "bullets" being propelled at supersonic speeds from a region of massive star formation outside, and below, this image's field of view. As these "bullets" pass through neutral hydrogen gas they heat up the hydrogen and produce the pillars that trace the passage of the iron clouds.