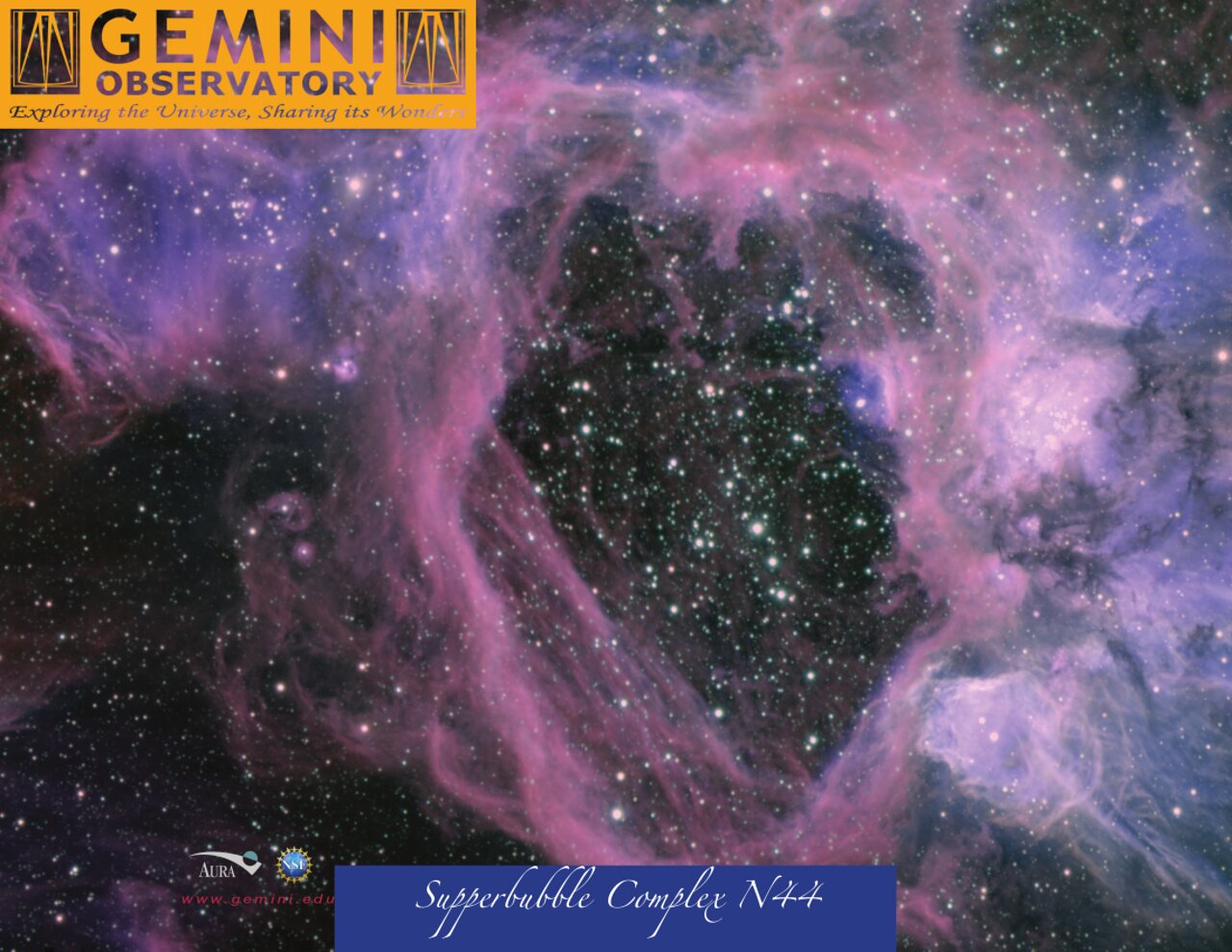 Known as the N44 superbubble complex, this cloudy tempest is dominated by a vast bubble about 325 by 250 light-years across. A cluster of massive stars inside the cavern has cleared away gas to form a distinctive mouth-shaped hollow shell. While astronomers do not agree on exactly how this bubble has evolved, for as long as 10 million years, they do know that the central cluster of massive stars is responsible for the cloud’s unusual appearance. It is likely that the explosive death of one or more of the cluster’s most massive and short-lived stars played a key role in the formation of the large bubble. The image provides one of the most detailed views ever obtained of this relatively large region in the Large Magellanic Cloud, a satellite galaxy to the Milky Way, located some 150,000 light-years away and visible from the Southern Hemisphere. The image captures light of specific colors that reveal the compression of material and the presence of gases (primarily excited hydrogen gas and lesser amounts of oxygen and “shocked” sulfur) in the cloud. Multiple smaller bubbles appear in the image as bulbous growths clinging to the central superbubble. Most of these regions were probably formed as part of the same process that shaped the central cluster. Their formation could also have been “sparked” by compression as the central stars pushed the surrounding gas outward. Our view into this cavern is believed to be like looking through an elongated tube, which gives the object its monstrous mouth-like appearance.