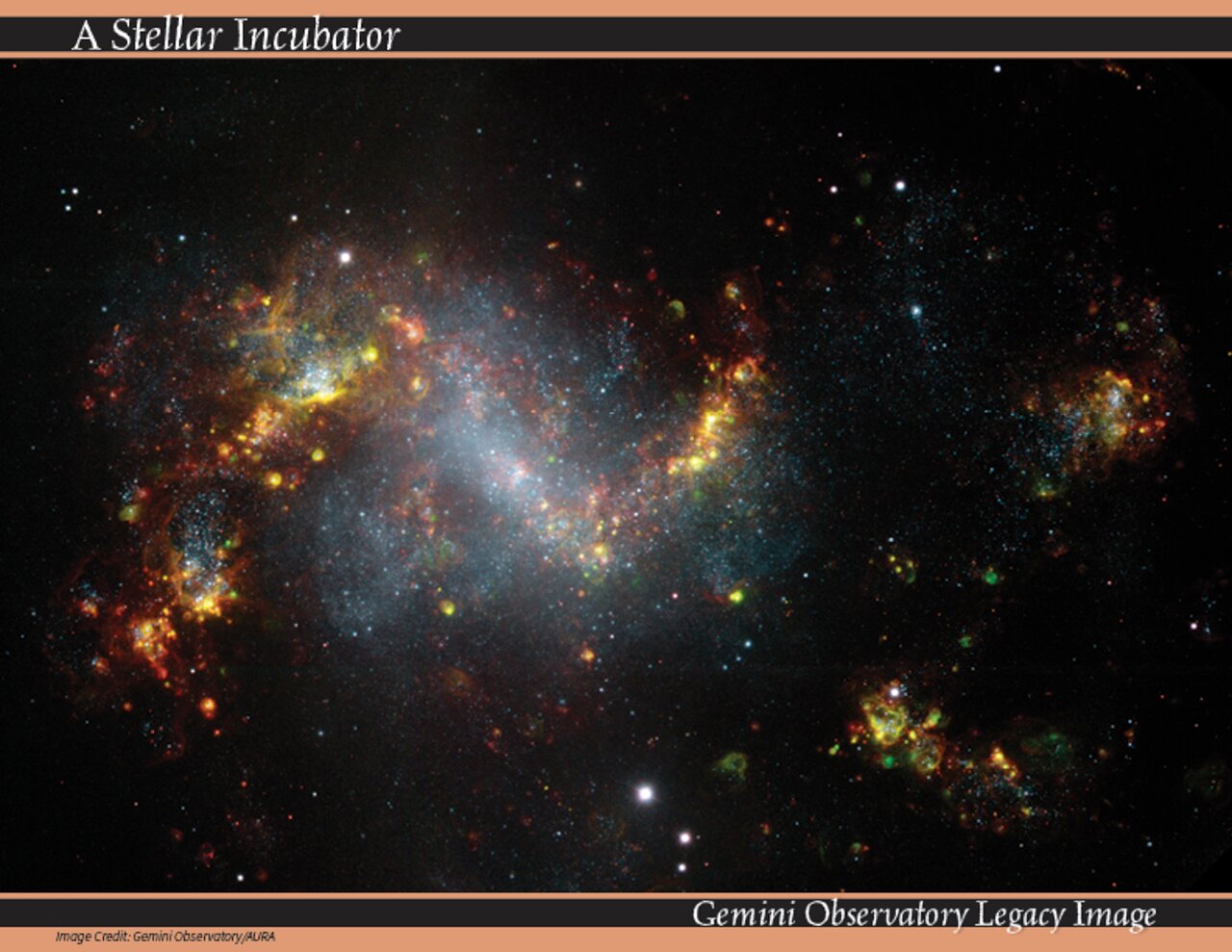 Starburst galaxy NGC 1313 is a stellar incubator delivering stars on a scale rarely seen in a single galaxy of its size. As imaged by the Gemini South 8-meter telescope in Chile, a multitude of colorful gas clouds blaze forth from the galaxy’s spiral arms — a tell-tale sign that this extragalactic wonder is a prolific star factory.

Located some 15 million light years away, NGC 1313 is a late-type barred spiral galaxy. It is a relatively close galactic neighbor to the Milky Way and has a mysterious past.

Generally, starburst galaxies show some signs of interaction with another galaxy; and a close galactic encounter is usually responsible for sparking increased levels of starbirth activity. However, NGC 1313 appears to be a neighborless “drifter,” far away from any other packs of galaxies.

It is possible that a thousand supernovae exploded in a span of just a few million years, forming a “superbubble” of gas that triggered star formation as it expanded outward. Another theory is that shock waves generated by an unseen companion punching through the disk set off star formation like ripples in a pond. Then again, nearby gas clouds may simply be falling into (or orbiting) the galaxy, prompting localized starbursts.

Whatever the cause, NGC 1313’s deformed shape and high rate of star formation remains an extragalactic puzzle.