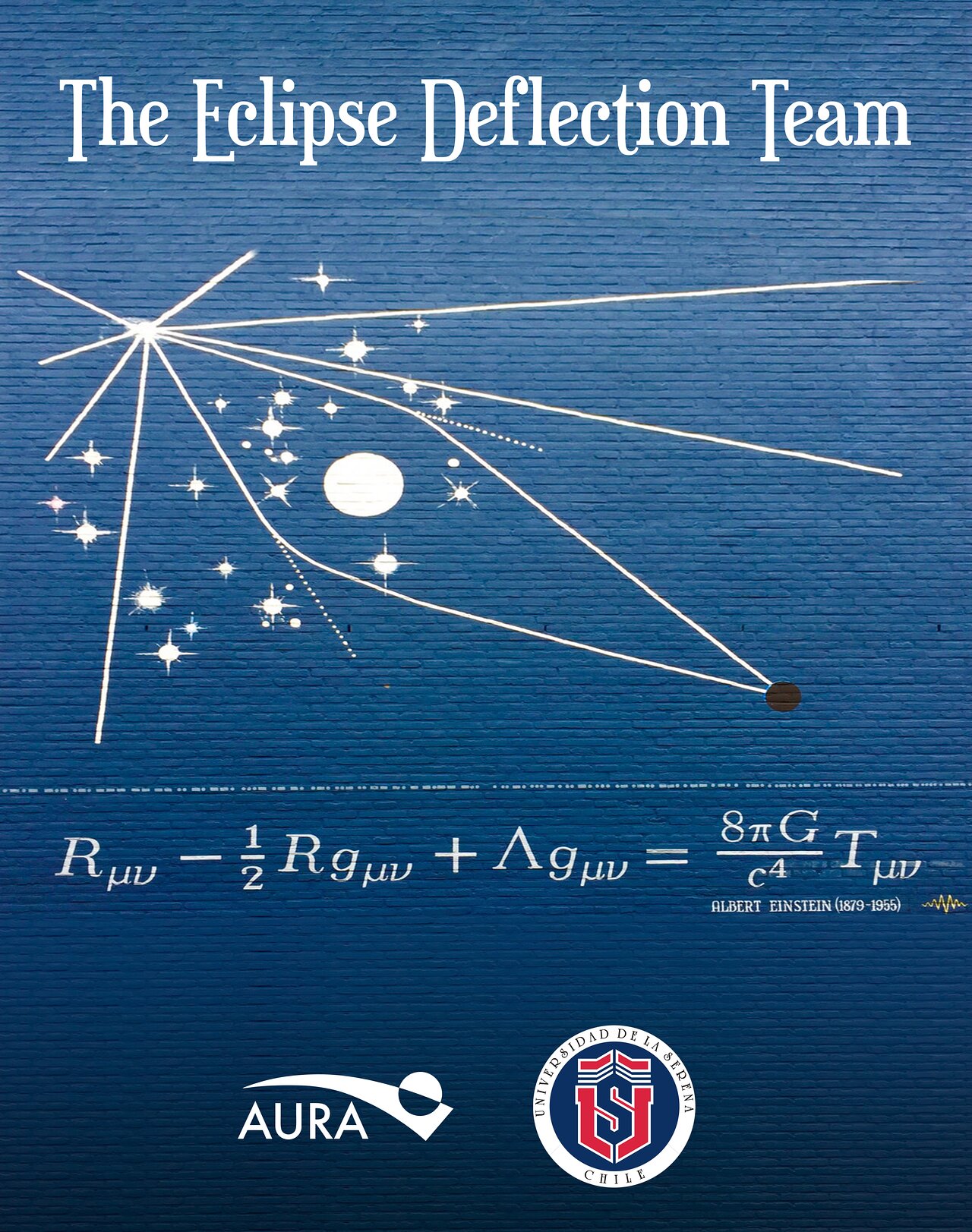 On 2 July 2019 a total solar eclipse swept across the South Pacific Ocean before blocking out the Sun along a narrow swath of Chile and Argentina. This eclipse passed directly over the National Science Foundation’s Cerro Tololo Inter-American Observatory (CTIO) in Chile. During the brief two-minute window of totality when the Moon completely covered the Sun, a team of astronomers from the National Optical Astronomy Observatory (now NSF's NOIRLab) and students from the University of La Serena attempted to detect the minute deflection of starlight caused by the Sun’s gravitational field, and recreate an experiment originally done 100 years ago that made Albert Einstein a household name. In December of 2020 a total solar eclipse will once again pass across Chile and Argentina. This time the sun will be higher in the sky, creating more favorable conditions for recreating Eddington's Experiment. We plan to use what we learned in 2019 to get even better data this year.

About the Educational Program