The pumped-up arm of the lopsided spiral galaxy NGC 772 dominates this image from the international Gemini Observatory, a Program of NSF's NOIRLab

The overdeveloped spiral arm of the galaxy NGC 772, which was created by tidal interactions with an unruly neighbor, dominates this observation made by astronomers using the Gemini North telescope located near the summit of Maunakea in Hawai‘i. NGC 772’s peculiar appearance has earned it a place as the 78th entry in the Atlas of Peculiar Galaxies — a rogues’ gallery of weird and wonderful galaxy structures.

This impressive image shows the strangely lopsided spiral galaxy NGC 772, which lies over 100 million light-years from Earth in the constellation Aries. Captured by the Gemini North telescope in Hawai‘i, one half of the international Gemini Observatory, a Program of NSF’s NOIRLab, the image shows NGC 772’s overdeveloped spiral arm, which stretches across toward the left-hand edge of the frame. This extra large arm is due to one of NGC 772’s unruly neighbors, the dwarf elliptical galaxy NGC 770. The tidal interactions between NGC 772 and its diminutive companion have distorted and stretched one of the spiral galaxy’s arms, giving it the lopsided appearance seen in this image.

NGC 772 also lacks a bright central bar. Other spiral galaxies such as the Andromeda Galaxy or our own Milky Way exhibit prominent central bars — large, linear structures composed of gas, dust, and countless stars. Without a bar, NGC 772’s spiral arms sweep out directly from the bright center of the galaxy.

The galaxy’s unusual appearance has earned it the distinction of appearing in the Atlas of Peculiar Galaxies, a careful curation by astronomer Halton Arp of some of the weird and wonderful galaxies populating the Universe. The 338 galaxies in the Atlas are a rogues’ gallery of strange and unusual galaxy shapes chosen to provide astronomers with a catalog of odd galaxy structures. Entries in the Atlas of Peculiar Galaxies include galaxies boasting trailing tidal tails, rings, jets, detached segments, and a host of other structural idiosyncrasies. NGC 772 is included as Arp 78.

While NGC 772’s peculiarities dominate this image, there is also a menagerie of galaxies lurking in the background. The bright smears and smudges littering this image are distant galaxies — some of the closer examples can be resolved into characteristic spiral shapes. Every direction on the sky that astronomers have pointed telescopes toward contains a rich carpet of galaxies, with an estimated 2 trillion galaxies in total in our observable Universe.

NSF’s NOIRLab (National Optical-Infrared Astronomy Research Laboratory), the US center for ground-based optical-infrared astronomy, operates the international Gemini Observatory (a facility of NSF, NRC–Canada, ANID–Chile, MCTIC–Brazil, MINCyT–Argentina, and KASI–Republic of Korea), Kitt Peak National Observatory (KPNO), Cerro Tololo Inter-American Observatory (CTIO), the Community Science and Data Center (CSDC), and Vera C. Rubin Observatory (in cooperation with DOE’s SLAC National Accelerator Laboratory). It is managed by the Association of Universities for Research in Astronomy (AURA) under a cooperative agreement with NSF and is headquartered in Tucson, Arizona. The astronomical community is honored to have the opportunity to conduct astronomical research on Iolkam Du’ag (Kitt Peak) in Arizona, on Maunakea in Hawai‘i, and on Cerro Tololo and Cerro Pachón in Chile. We recognize and acknowledge the very significant cultural role and reverence that these sites have to the Tohono O'odham Nation, to the Native Hawaiian community, and to the local communities in Chile, respectively. 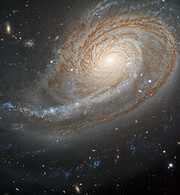