Dr. Richard Dunn, astronomer at the National Solar Observatory (NSO) at Sacramento Peak, New Mexico, has been awarded the prestigious George Ellery Hale Prize in recognition of his "outstanding contributions to the field of solar astronomy over an extended period of time". The Hale Prize will be awarded to Dr. Dunn at the winter meeting of the American Astronomical Society (AAS) in Washington, D.C. on the morning of January 10, 1998. Dr. Dunn is being recognized for "his bold and imaginative innovation of instrumentation for solar physics, his discovery of important new phenomena on the Sun, and the impact of his contributions on solar physicists world wide".

Dr. Dunn, who received his Ph.D. from Harvard in 1960, had already started his career at what is now the National Solar Observatory / Sac Peak in 1953 while a graduate student. From the beginning, his work has been directed towards the improvement of the angular resolution of solar observations, starting with the construction of forefront chromospheric and coronagraphic telescopes and reaching its high point with the successful implementation of the Vacuum Tower Telescope at Sac Peak (VTT/SP). With a chromospheric camera built as part of his doctoral thesis, Dunn produced the classic Halpha-prominence and spicule movies still considered the best available, exceeding in quality even the best images obtained with more modern ground- and space-based telescopes. Much of our scientific knowledge of the solar corona and chromosphere derives from these observations. Dunn's subsequent research with the VTT/SP includes the study of the chromospheric spicular structure and, together with Dr. Jack Zirker, the identification of the filagree structure of the solar photosphere. The latter is now under intense study at many solar observatories as it is recognized as the site of the very small but strong magnetic field bundles which dominate the energy and mass transfer in the outer solar layers, probably including the heating of the solar corona.

Solar telescopes in Germany, France, Japan, and elsewhere have followed Dunn's vacuum telescope concept to improve image quality. In addition to the VTT/SP, Dunn has been the designer of the NASA Solar Optical Telescope, the US Air Force Solar Optical Observing Network (SOON), NSO's Adaptive Optics system, and more than a dozen other major instrumental projects at Sac Peak, including spectrographs, birefringent filters, coronagraphs, diode arrays and microphotometers. In his Hale Prize lecture, Dr. Dunn will describe efforts to improve the performance of the VTT/SP over the past 25 years and the status of solar adaptive optics technology required for spectroscopy of sub-arcsecond phenomena. 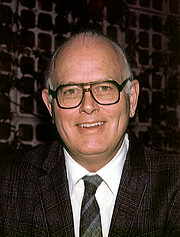 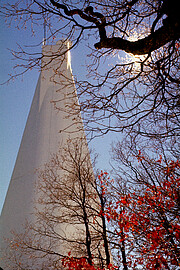