The days when professional astronomers peered through telescopes are long gone. Today, the camera or other instrument that is attached to the telescope is as important as the telescope itself. Over the life of a telescope, new instruments are added that greatly enhance its capabilities. So the new camera known as the One Degree Imager, or ODI, that is being commissioned at the WIYN 3.5-meter telescope on Kitt Peak is of great excitement to astronomers. When fully operational, the ODI camera will be able to image an area of the sky five times that of the full moon – far larger than any previous camera at the WIYN telescope. Sensitive to visible light, the camera will be able to resolve objects as small as 0.3 arc seconds – about the equivalent of seeing a baseball at a distance of 30 miles away.

ODI Principal Investigator Dr. Todd Boroson said of some of the first images, “It has been very exciting to examine the first ODI images. I see distant galaxies everywhere, but they don’t look like faint smudges. They have spiral arms and bright knots of star formation and distinct nuclei. It’s almost like looking at Hubble Space Telescope images.”

Most telescope/camera combinations can image only a very small part of the sky, making it difficult to study large, but faint, astronomical objects. This new state-of-the-art camera provides a unique combination of very high resolution (sharpness of images) and a large field of view. ODI will have different filters to image astronomical objects in different colors, or wavelengths. This makes possible spectacular color pictures, but more importantly from the viewpoint of astronomers, enables them to learn far more about the objects they study.

WIYN Director Dr. Patricia Knezek remarked, “It is tremendously exciting to see the telescope and instrument demonstrate their potential. Once fully deployed, the combination of the large field of view, excellent image quality, superior blue sensitivity, and ability to use special filters will ensure that scientists will be able to use ODI and WIYN to address scientifically compelling questions that would be very difficult to address with any other facility in the Northern Hemisphere.”

The first tests of the camera will not have the full field of view, but the ultimate plan is to cover one square degree of the sky. This requires using 64 CCDs, with a total of over a billion pixels. Each image downloaded from the camera will be two gigabytes in size. All these images will generate between one and four terabytes of data per night (a terabyte is one thousand gigabytes). As a reference, the first hard disk drive with a one-terabyte capacity was only introduced about five years ago. It requires a massive effort to process the data, which include many calibration images as well as the images of stellar objects. Unique to this camera, the data will be moved and archived at Indiana University’s Pervasive Technology Institute, in Bloomington, Indiana. No longer will astronomers need to transfer all the intermediate stages of their data to their home computers, but rather will work in a “cloud” configuration, downloading only their final results. Indiana University is one of four partners that operate the WIYN telescope; the others are the University of Wisconsin, Yale University, and the National Optical Astronomy Observatory (NOAO).

“Installing ODI at the telescope and seeing first star light was the culmination of a multi-year effort of a dedicated team of engineers, technicians, and scientists. Yet, the most exciting times are still ahead when we see the instrument being used by the WIYN science community”, said Dr. Daniel Harbeck, ODI Project Scientist.

Another advantage to the ODI camera is that it is not directly attached to the telescope tube. As the telescope swings across the night sky, the massive 2800-pound camera is permanently and safely mounted at a fixed location referred to as the Nasmyth focus. Here, the camera ultimately will be able to accommodate very large special filters that transmit a very narrow range of color, something that would be difficult for a camera mounted directly on the telescope.

The WIYN telescope has always had particularly good “seeing,” which is how astronomers refer to the sharpness of the images. Seeing depends on the location of the telescope as well as the design. Early observations with ODI have shown that it can resolve objects as small as 0.3 seconds of arc; in the past, this has required space-based instruments or adaptive optics systems, which are limited to tiny fields of view. This resolution is possible due to a technique known as tip/tilt image-motion compensation, using a technology called an orthogonal transfer array CCD. The tip/tilt compensates for image motion due to atmospheric turbulence, telescope vibrations, and tracking errors as the telescope compensates for the rotation of the earth by shifting the image directly among the pixels of the CCD. While tip/tilt motion has been used before, it has not been used with multiple CCDs like ODI.

Much of modern astronomy deals with large surveys, and ODI is particularly adapted for these. Envisioned projects with ODI include surveys of galaxies too distant for their shapes and structure to be discerned, studies of the motions of galaxies, and direct distance measures of stars much fainter than is possible with existing instruments. Ultimately, all of the data from ODI will become publically available. Observing time with ODI will be available to any astronomer at the partner institutions. For NOAO, this means that any astronomer can compete for time available as part of NOAO’s share.

Of the telescopes on Kitt Peak, the WIYN 3.5-meter telescope is second in size only to the Mayall 4-meter telescope, and the WIYN telescope has been operating at Kitt Peak since 1994. ODI is funded by the WIYN partners, and the National Science Foundation through its Telescope System Instrumentation Program. NOAO is operated by Association of Universities for Research in Astronomy Inc. (AURA) under a cooperative agreement with the National Science Foundation. 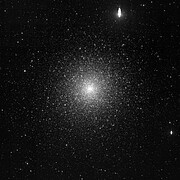 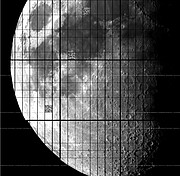