Astronomy and optical science lost a great pioneer and innovator when Dr. Aden Meinel passed away on 2 October 2011. Meinel led the development, and became the first Director, of the Kitt Peak National Observatory, located near Tucson, AZ. He then went on to become Director of the Steward Observatory at the University of Arizona, where he also founded the Optical Sciences program.

In the early 1950s, when the US astronomical community started talking about establishing a National Astronomical Observatory, the committee formed to guide the effort selected Meinel, an astronomer then at Yerkes Observatory, to lead the project. He knew that the skies in the Southwest were the most satisfactory, so his small team concentrated on the mountains there. In May 1955, Meinel arranged for his colleague Helmut Abt to fly in a small plane from McDonald Observatory in west Texas to assess the mountain summits. Based on that survey, Kitt Peak looked promising, and a visit to the summit was made in March 1956.

Support from the National Science Foundation allowed the establishment of a small office in Phoenix from which the site survey was conducted. Besides Kitt Peak, located on what is now the Reservation of the Tohono O’odham Nation, a few other mountains near Kingman and Holbrook, Arizona made up the short list. In mid 1956, after obtaining permission from the (then) Papago Tribe to access Kitt Peak, some small telescopes and seeing monitors were installed there and on some of the other sites. Kitt Peak quickly emerged as the favorite. Meinel soon assembled a large team to design and construct the first set of telescopes, and, with impressive foresight, to plan an eventual space astronomy program. Those were busy times for everyone, because the optics and mechanical parts of the telescopes needed to be designed, along with the first instruments and the buildings to house them. Roads to the summit were planned and built, power and water provided for, and more and more staff hired to operate the facilities. Following a serious dispute with the governing Board of Directors, Meinel resigned as Kitt Peak Director on the day of the formal observatory dedication in March 1960, and some months later left the organization for the University of Arizona, where he soon became Director of the Steward Observatory, and a few years later founded the Optical Sciences program. Out of all of his collaborations with astronomers, Meinel’s lifelong partnership with his fellow astronomer and wife, Marjorie Pettit Meinel, might have been the most important of his career.

The National Optical Astronomy Observatory (NOAO) is profoundly grateful to Meinel for his vision and wisdom, which led to the founding of Kitt Peak National Observatory and, ultimately, the National Observatory that provides ground-based optical astronomical facilities in two hemispheres. Generations of astronomers have benefited from the availability of this resource, as evidenced in the awarding of this year’s Nobel Prize in physics for the discovery of dark energy, which made significant use of NOAO facilities.

A memorial service will be held Friday, October 14 at 4 pm at Christ the Servant Lutheran Church, 2 South Pecos Road, Henderson, NV 89074. In lieu of flowers, gifts may be given to the memorial fund for Meinel at the church. Friends and colleagues wishing to submit remembrances may do so by following the links on the NOAO webpage. 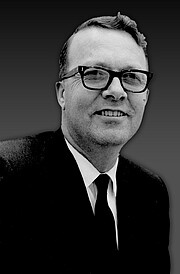 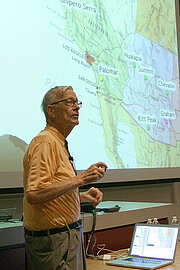 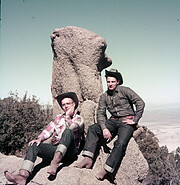