Image of Star-Forming Region Released in Honor of Stephen Strom

A dynamic image of the nearby star-forming region NGC 1333 taken at Kitt Peak National Observatory is being released today in honor of the retirement celebration for Stephen Strom, a two-time staff member of the U.S. national observatory who has led a multifaceted life in astronomy, public policy, and the arts.

Born in 1942 in New York City, Strom graduated from Harvard College in 1962, and then received his Masters and Ph.D. in astronomy from Harvard University. From 1964-68, he held appointments at Harvard and the Smithsonian Astrophysical Observatory, followed by a move to the State University of New York at Stony Brook. Strom then came to Tucson for his first stint on the staff at Kitt Peak National Observatory (1972-1984), where he served as chair of the galactic and extragalactic program. During this time, he was one of the early users of the new 4-meter telescope (then known as the 158-inch).

Strom left Kitt Peak for the University of Massachusetts staff and served as chair of the Five College Astronomy Department, before returning to Kitt Peak (or rather its parent organization, the National Optical Astronomy Observatory) in 1998. He most recently served as associate director for science and project scientist for the Giant Segmented Mirror Telescope project. This job was a natural culmination of his involvement in the past four astronomy decadal surveys conducted by the National Academy of Sciences, advocating for ambitious new facilities that would enable major discoveries to be made.

The image of NGC 1333 was taken using the Mosaic-1 imager and the National Science Foundation’s Mayall 4-meter telescope at Kitt Peak. This star-forming region, located roughly 1,000 light-years from Earth in the direction of the constellation Perseus, harbors hundreds of newly formed stars less than one million years old. Many of these proto-stars exhibit energetic activity such as jets and strong stellar winds.

Studies of star formation within NGC 1333 were one of the major highlights identified by Strom in a recent presentation on the science enabled by the management duties of the Association of Universities for Research in Astronomy (AURA), Inc., at a dinner in Tucson celebrating AURA’s 50th anniversary.

Much of Strom’s most well-known scientific work has focused on the disks that form around such young stars, and the search for the conditions that could lead to planet formation within them. He is also known to be a formal and informal mentor to several generations of astronomers, including current and past NOAO directors Todd Boroson and Sidney Wolff, as well as being a widely known nature photographer (www.stephenstrom.com) and an indefatigable fan of the Boston Red Sox. 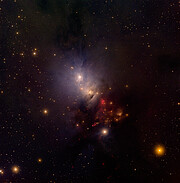 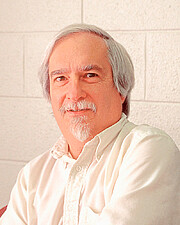