The Passing of Astronomer Robert Schommer

Astronomer Robert A. Schommer, one of the leading members of the scientific staff at the Cerro Tololo Inter-American Observatory in Chile and the director of the U.S. Gemini Program, died in Chile on December 12.

As U.S. Gemini Program director, Schommer, 55, was responsible for helping astronomers from around the world make effective use of the new 8-meter Gemini North and Gemini South telescopes in Hawaii and Chile, from pre-arrival planning and proposal preparation activities to data analysis efforts and technical feedback.

"Bob was a leader in the national astronomy community and a key figure in opening a new window on the Universe," said Jeremy Mould, director of the National Optical Astronomy Observatory in Tucson, the parent organization of CTIO. "We all feel this tragic loss. He was a member of the NOAO family for the last ten years and well-known for his commitment, grace, and the great personal qualities that he brought to the leadership of the U.S. Gemini Program. Our deepest sympathy goes to his wife and their family."

"Bob Schommer's contribution to astronomy is broad and deep, professional and personal," said CTIO Director Malcolm Smith. "His research on supernovae has contributed significantly to mankind's current knowledge of the accelerating universe. His work on sophisticated instrumentation opened up research fields for himself and many others. His recent work in support of the state-of-the-art Gemini Observatory is known and respected in many countries. His contributions to the intellectual, professional and personal life of our institution are so profound that the entire observatory is in deep shock."

Schommer was widely known for his observational work on the stellar populations of nearby galaxies, the properties of large-scale motions of galaxies and relation to the Hubble flow, and his work on internal velocity fields of galaxies. He has also been cited for his outstanding service and support work with smaller research telescopes and Cassegrain spectrographs.

As a member of the award-winning High-Z Supernova team, Schommer participated in the discovery of approximately 100 distant Type-Ia supernovae over the past half-decade, working in partnership with CTIO's Nick Suntzeff and former CTIO staff member Mark Phillips with the NOAO Mosaic imager on the Blanco 4-meter telescope. This team and a competing group have made similar observations which suggest that the well-known expansion of the Universe is actually accelerating.

Schommer recently studied old star clusters in the Large Magellanic Cloud and M33 with the Hubble Space Telescope, obtaining deep photometry for central clusters to measure their age and search for the oldest population in the LMC. In the local group spiral galaxy M33, he studied the morphologies for 10 old clusters to evaluate the difference between the halo of this local group galaxy and the Milky Way; in particular, he was looking to determine if these very different halos might have similar formation processes.

He was also a member of the NOAO Deep Wide Field Survey, and the Deep Lens Survey team. His extensive service activities included serving as the chair of the CTIO Advisory Committee on Technical Resources. He led the development of plans to coordinate the CTIO technical and support staff that enables aspects of Gemini South operations in Chile, and the coming operation of the SOAR 4-meter telescope.

Schommer was born on December 9, 1946. He is survived by his wife Maria Iris, a son, Robert, and two step daughters, Paulina and Andrea.

CTIO and the U.S. Gemini Program are part of the National Optical Astronomy Observatory, which is operated by the Association of Universities for Research in Astronomy (AURA), Inc., under a cooperative agreement with the National Science Foundation. 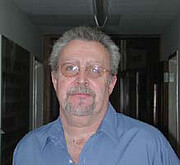