Catherine (Caty) Pilachowski, a scientific staff member at the National Optical Astronomy Observatory in Tucson, AZ, has been elected as the new president of the American Astronomical Society.

"I am honored that the Society has placed this trust and confidence in me," Pilachowski says. "The strength of the American Astronomical Society is its members, and my highest priorities will be to deepen our sense of community and to encourage more members to participate actively in the affairs of the Society."

Pilachowski will begin serving as President-Elect at the end of the Society's annual business meeting in June. After one year as President-Elect, she will begin two years as President, from June 2002 through June 2004, followed by one year as Past-President. She will succeed Anneila Sargent of California Institute of Technology to become the 39th president of the Society and the fifth woman to serve in that leadership role, following Sargent, Margaret Burbidge, Andrea Dupree, and Sidney Wolff, also a staff member (and former director) at the National Optical Astronomy Observatory (NOAO).

Pilachowski has worked for Kitt Peak National Observatory and NOAO since 1979. Her astronomical research focuses on the chemical composition of stars and star clusters in the Milky Way, using the technique of high-resolution spectroscopy. These investigations aim to generate better understanding of the evolution of stars and their internal nuclear processes, and to improve our knowledge of the chemical history of the Milky Way galaxy.

In addition to her astronomical research, Pilachowski serves as Deputy Project Scientist for the U.S. Gemini Program, and she has been active in the areas of light pollution, astronomical instrumentation, design and construction of large telescopes, and electronic publications.

She has served on numerous national and international boards and committees, and received the Arthur Adel Award for Scientific Achievement from Northern Arizona University in 1997. Pilachowski obtained her B.S. in Physics from Harvey Mudd College and her M.S. and Ph.D. from the University of Hawaii. 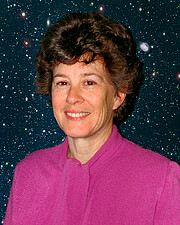