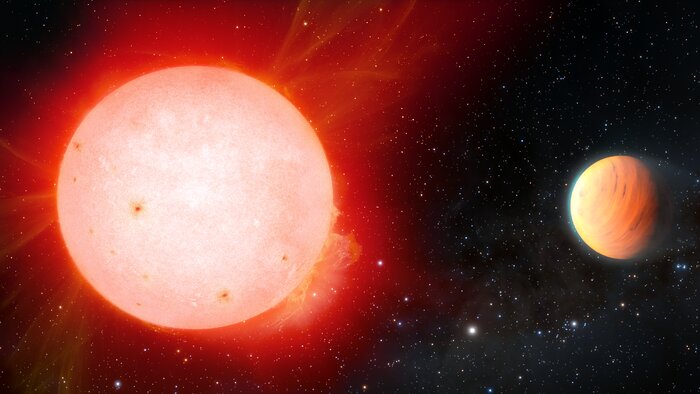 A gas giant exoplanet [right] with the density of a marshmallow has been detected in orbit around a cool red dwarf star [left] by the NASA-funded NEID radial-velocity instrument on the 3.5-meter WIYN Telescope at Kitt Peak National Observatory, a Program of NSF’s NOIRLab. The planet, named TOI-3757 b, is the fluffiest gas giant planet ever discovered around this type of star.