Aftermath of DART Collision with Dimorphos Captured by SOAR Telescope 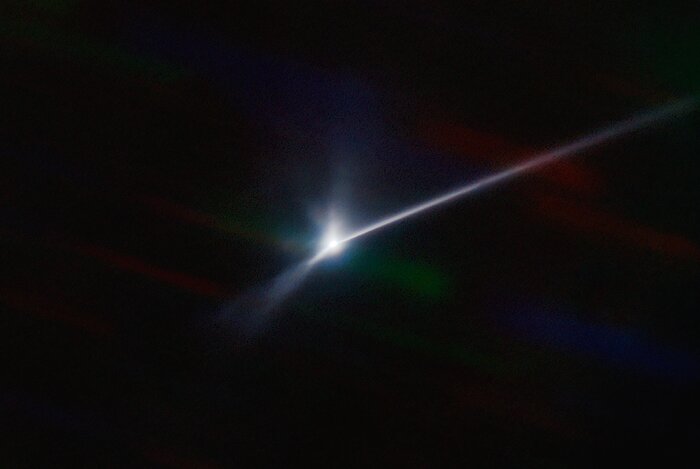 Astronomers using the NSF’s NOIRLab’s SOAR telescope in Chile captured the vast plume of dust and debris blasted from the surface of the asteroid Dimorphos by NASA’s DART spacecraft when it impacted on 26 September 2022. In this image, the more than 10,000 kilometer long dust trail — the ejecta that has been pushed away by the Sun’s radiation pressure, not unlike the tail of a comet — can be seen stretching from the center to the right-hand edge of the field of view.