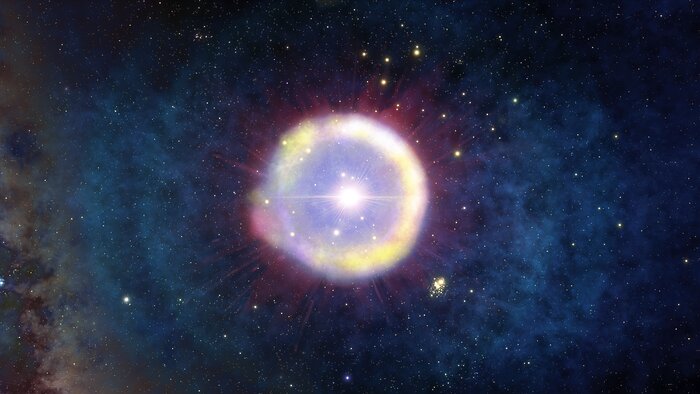 This artist’s impression shows a field of Population III stars as they would have appeared a mere 100 million years after the Big Bang. Astronomers may have discovered the first signs of their ancient chemical remains in the clouds surrounding one of the most distant quasars ever detected