Illustration of Largest Known Star in the Universe 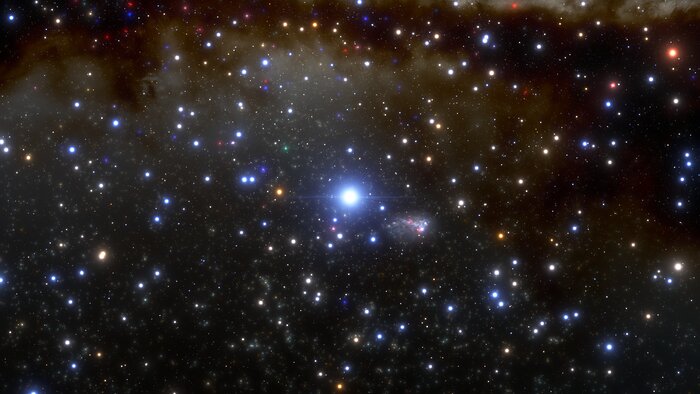 This is an illustration of R136a1, the largest known star in the Universe, which resides inside the Tarantula Nebula in the Large Magellanic Cloud. By harnessing the capabilities of the 8.1-meter Gemini South telescope in Chile, a team of astronomers has obtained the sharpest image ever of this colossal star.