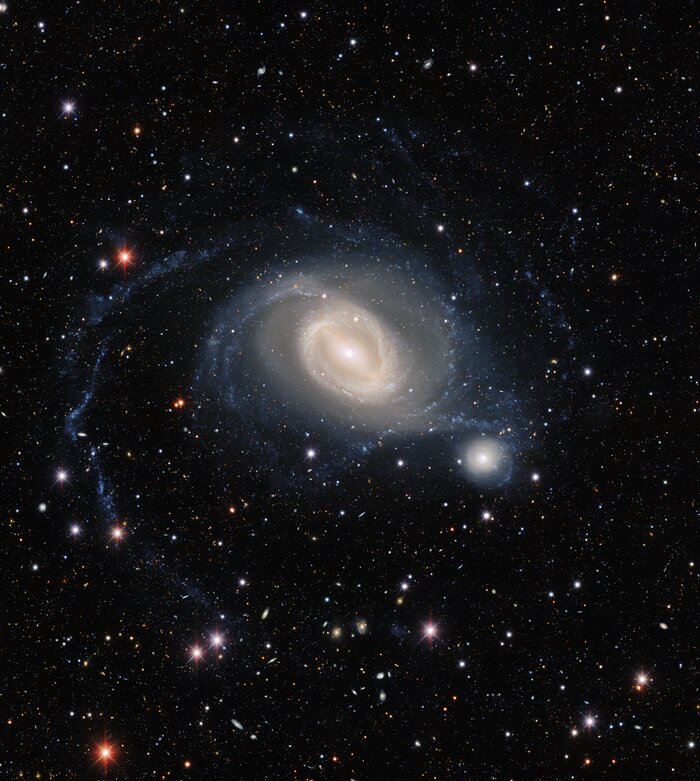 The interacting galaxy pair NGC 1512 and NGC 1510 take center stage in this image from the Dark Energy Camera, a state-of-the art wide-field imager on the Víctor M. Blanco 4-meter Telescope at Cerro Tololo Inter-American Observatory, a Program of NSF’s NOIRLab. NGC 1512 has been in the process of merging with its smaller galactic neighbor for 400 million years, and this drawn-out interaction has ignited waves of star formation and warped both galaxies.