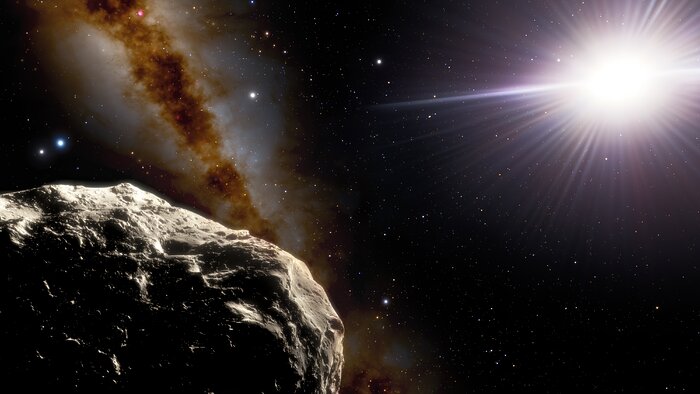 Using the 4.1-meter SOAR (Southern Astrophysical Research) Telescope on Cerro Pachón in Chile, astronomers have confirmed that an asteroid discovered in 2020 by the Pan-STARRS1 survey, called 2020 XL5, is an Earth Trojan (an Earth companion following the same path around the Sun as Earth does) and revealed that it is much larger than the only other Earth Trojan known. In this illustration, the asteroid is shown in the foreground in the lower left. The two bright points above it on the far left are Earth (right) and the Moon (left). The Sun appears on the right.