Illustration of the center of the Milky Way 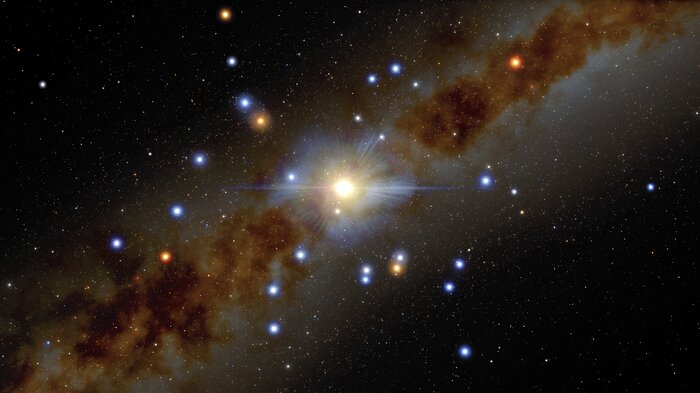 In this illustration, stars are seen to be in close orbit around the supermassive black hole that lurks at the center of the Milky Way, known as Sagittarius A* (Sgr A*).

Using Gemini North of the international Gemini Observatory, a Program of NSF’s NOIRLab and ESO’s VLT, astronomers have measured more precisely than ever before the position and velocity of four of these stars, called S2, S29, S38, and S55, and found them to be moving in a way that shows that the mass in the center of the Milky Way is almost entirely due to the Sgr A* black hole, leaving very little room for anything else.