Galaxies in the Fornax Cluster 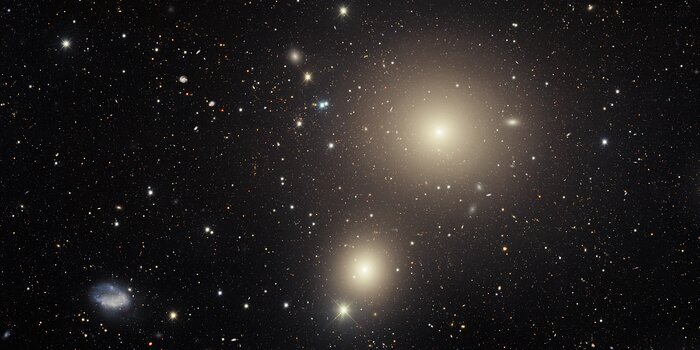 Members of the Fornax galaxy cluster fill this image from the Víctor M. Blanco 4-meter Telescope at Cerro Tololo Inter-American Observatory (CTIO), a Program of NSF’s NOIRLab. Appearing in the constellation Fornax (the Furnace), the Fornax Cluster is a relatively nearby galaxy cluster, only about 60 million light-years from Earth. Some foreground stars, which belong to our own Milky Way Galaxy, appear in the image as well.