Centaurus A captured by the Dark Energy Camera 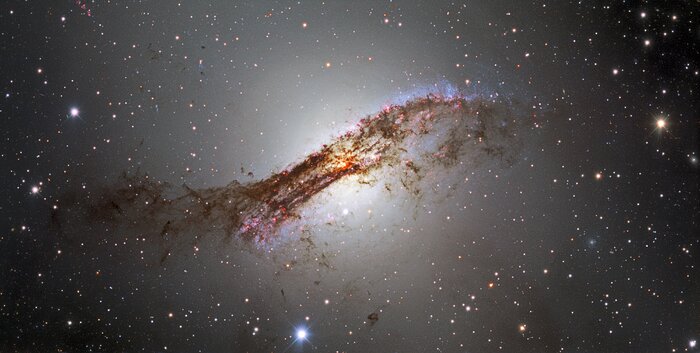 The galaxy Centaurus A, which lies over 12 million light-years away in the direction of the southern-hemisphere constellation Centaurus (The Centaur), is the leading light of this striking image. This image provides a spectacular view of the luminous glow of stars and dark tendrils of dust that hide the bright center of the galaxy. This dust is the result of a past galactic collision, in which a giant elliptical galaxy merged with a smaller spiral galaxy. As well as large amounts of gas and dust, Centaurus A’s dust lane contains widespread star formation, as indicated by the red clouds of hydrogen and by the large numbers of faint blue stars visible at each end of the dust lane.  Zoom into the image to see more.