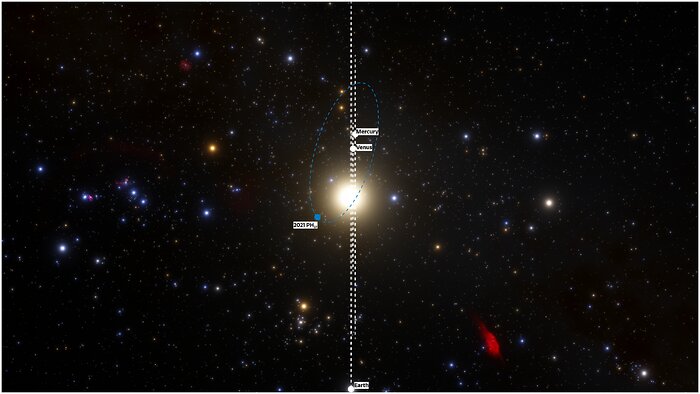 The fastest orbital period asteroid in the Solar System has been discovered at NOIRLab’s CTIO using the powerful 570-megapixel Dark Energy Camera (DECam) in Chile — the Sun’s new nearest neighbor. The illustration shows the locations of the planets and the asteroid on the discovery night of 13 August 2021, as they would be seen from a vantage point in the plane of the Solar System. The relatively high inclination of 32 degrees means the asteroid could be an extinct comet from the outer Solar System that got captured into a short period orbit when passing near one of the terrestrial planets. Future observations will shed more light on its origins.