Planet Lost in the Glare of Binary Stars (illustration) 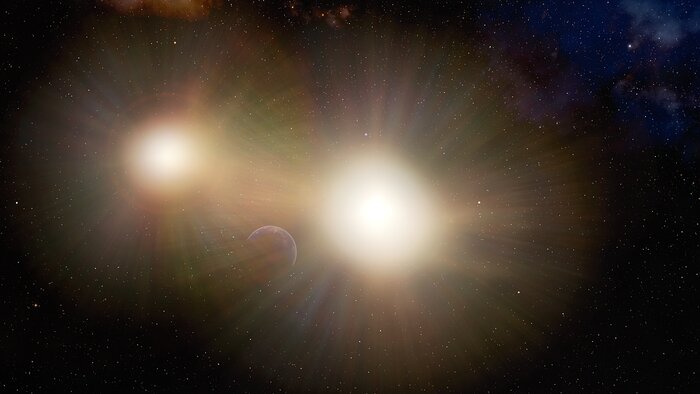 This illustration depicts a planet partially hidden in the glare of its host star and a nearby companion star.

After examining a number of binary stars, astronomers have concluded that Earth-sized planets in many two-star systems might be going unnoticed by transit searches, which look for changes in the light from a star when a planet passes in front of it. The light from the second star makes it more difficult to detect the changes in the host star’s light when the planet passes in front of it.