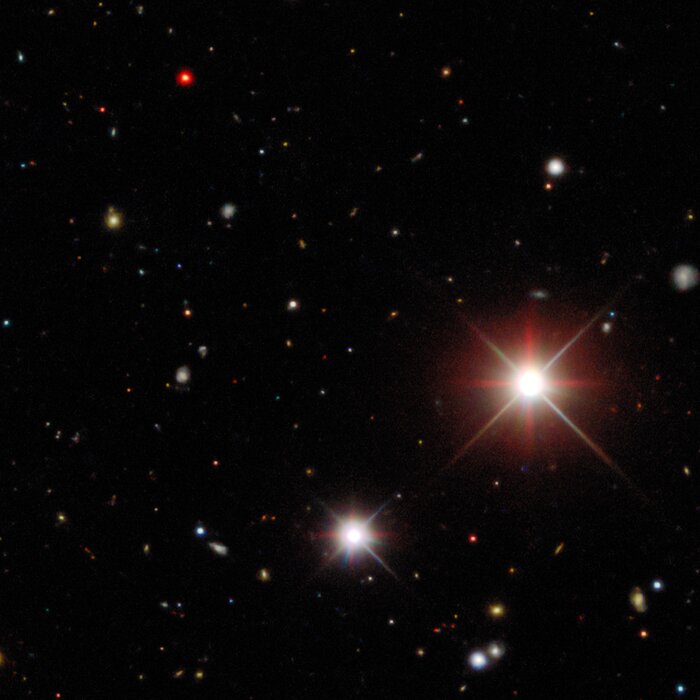 Comet Bernardinelli-Bernstein (precisely in the center) is estimated to be about 1000 times more massive than a typical comet, making it arguably the largest comet discovered in modern times. It has an extremely elongated orbit, journeying inward from the distant Oort Cloud over millions of years. It is the most distant comet to be discovered on its incoming path.

The analysis of data from the Dark Energy Survey is supported by the Department of Energy (DOE) and the National Science Foundation (NSF), and the DECam science archive is curated by the Community Science and Data Center (CSDC) at NSF’s NOIRLab. CTIO and CSDC are Programs of NOIRLab.