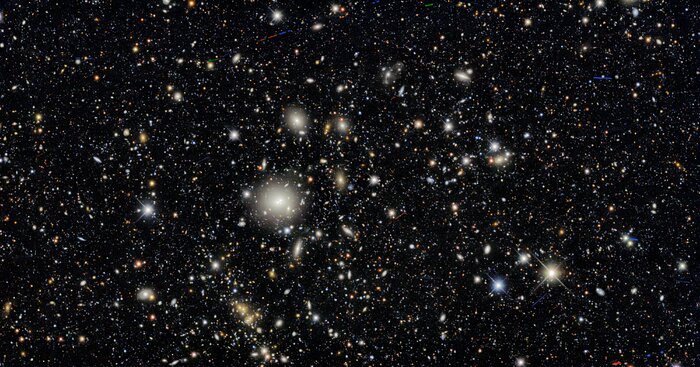 Ten areas in the sky were selected as “deep fields” that the Dark Energy Camera imaged several times during the survey, providing a glimpse of distant galaxies and helping determine their 3D distribution in the cosmos. The image is teeming with galaxies — in fact, nearly every single object in this image is a galaxy. Some exceptions include a couple of dozen asteroids as well as a few handfuls of foreground stars in our own Milky Way.