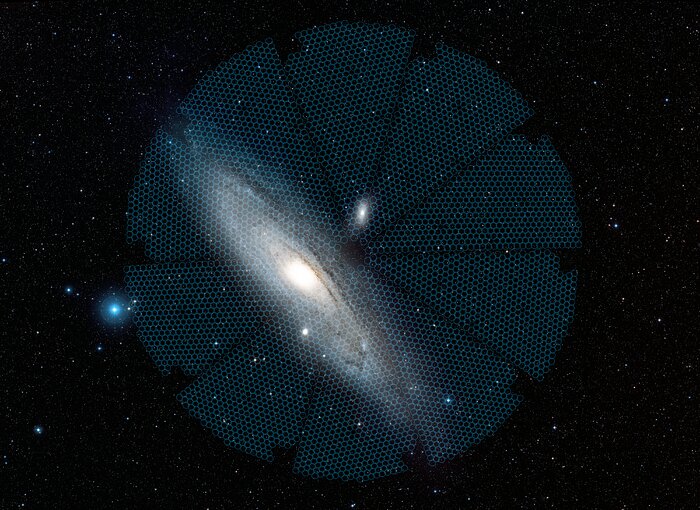 The disk of the Andromeda Galaxy (Messier 31), which spans more than 3 degrees across the sky, is targeted by a single DESI pointing, represented by the large circular overlay. The smaller circles within this overlay represent the regions accessible to each of the 5000 DESI robotic fiber positioners. In this sample, the 5000 spectra that were simultaneously collected by DESI include not only stars within the Andromeda Galaxy, but also distant galaxies and quasars.